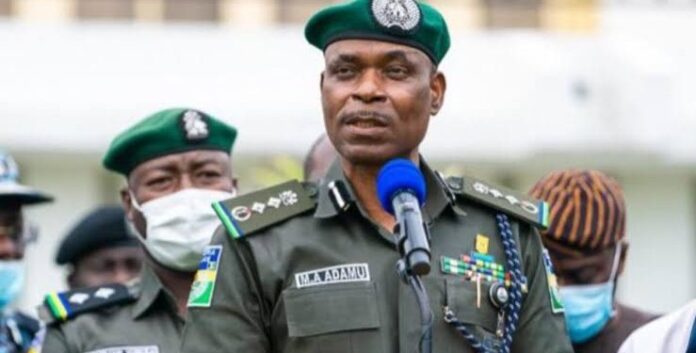 Factual Pursuit of Truth for Progress
The Inspector-General of Police, Adamu Muhammed, has vowed to deal ruthlessly with the members of the Indigenous People of Biafran (IPOB) adding that the secessionist agitators  have no place to hide. Muhammed, who insisted that members of the  proscribed group were responsible for the Imo jailbreak and the razing of the state police command, urged officers to use their rifles against the IPOB members. The IGP said this when he visited the Imo State Police Command to do on the spot assessment of the havoc wreaked on public facilities in the early hours of yesterday. While lamenting the wanton destruction caused by the attackers, Adamu said that “police will not allow these criminals to succeed.” This is following the attacks launched on both public facilities by gunmen in the wee hours of yesterday. It was gathered that  the gunmen launched the attacks  as  sort of symbolic gesture to mark the resurrection of Jesus Christ who according to the Bible, the article of Faith of Christians, left the tomb after three days. This is because it was reported that the  gunmen who freed 1,884 inmates told them “go home, Jesus has risen. You have no reason to be here again.” They also burnt no fewer than 50 vehicles, after freeing almost all the suspects at the police command headquarters. The gunmen also burnt a soldier in a car after they attacked a military base at Ukwuorji on Owerri-Onitsha Expressway, setting ablaze four military operational vehicles. The Police Spokesperson in the state, Orlando Ikeokwu, confirmed the IGP’S visit to the state.