Wigwe said this on Thursday, in his remarks at the opening of new branch of Access Bank in Ipetu-Ijesha, Oriade Local Government Area of Osun State.

He said members of the advisory council were seasoned professionals with financial integrity that would add value to the nation’s economy.

“With this economic team, I believe Nigeria is in for a better time, because members of the team are seasoned professionals.

“It is a welcome development and I commend Mr President for the initiative.

“The team will redefine Nigeria’s economy and restore its vibrancy,” Wigwe said.

He said that the opening of the new branch of the bank in the town was part of the mandate to take banking to the rural areas.

In his remarks, former Chief of Defence Staff, Air Chief Marshal Oluseyi Petinrin (Rtd), said that adequate training, rather than more recruitment into the police, was the lasting solution to Nigeria’s internal security challenges.

He said that the menace of insecurity in Nigeria would be a thing of the past if more modern equipment was provided for the force, alongside trained personnel.

“I am not among those who are supporting more recruitment into the police force as a panacea to our present security challenges.

“I will rather clamour for effective and constant training, coupled with necessary operational equipment.

” I believe our present security challenges would be better tackled if this government sustains the present tempo of the security architecture,” Petinrin said.

He commended President Buhari’s effort in fighting insurgency, expressing optimism that with time, the security challenges in the nation would be a thing of the past.

The former CDS commended the management of Access Bank for opening a branch in the town.

He said adequate security should be provided for the bank.

Buhari bans forex on all food imports into Nigeria 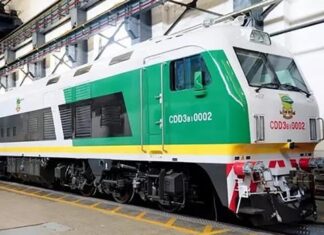