Whenever a coup is mentioned, the military quickly comes to mind. In this part of the world, though, the last forceful take over of power was almost three decades ago. But the National Assembly brought back those grim memories by rejecting the electronic transmission of electoral results. By this action, the elected representatives now perceive the concept of power coming from the people as an obstacle to their continuity.

Although election is an essential ingredient of democracy, its conduct remains a bane to self-ruling governance. In Nigeria, for instance, the free, fair and credible election is something of a fantasy. Rigging, voter intimidation, violence, ballot box snatching, vote-buying and others are the hallmark. Nigerians doubt the credibility of their electoral system.

Enter the Bill for an Act to ensure that the Independent National Electoral Commission (INEC) adopts electronic voting methods for future elections. Among others, it aimed to introduce modern technologies into the electoral process, particularly accreditation of voters, electronic voting and electronic transmission of results from polling units.

The Bukola Saraki-led eight assembly passed the bill three times but President Muhammadu Buhari rejected it on each occasion. First, he said it would usurp the constitutional powers of INEC to decide on election matters. He rejected it again citing “some drafting issues” that remain unaddressed following the prior revisions to the Bill. Finally, he claimed that a new bill with elections close-by could “create some uncertainty about the legislation to govern the process.”

The legislation was, however, reintroduced in the ninth Assembly and a joint committee on INEC (of the Senate and House of Representatives) was set up. The Bill entitled, “A Bill for an Act to Amend the Electoral Act No.6 2010 and for Other Related Matters, 2019 (SB.122)”, sponsored by the Deputy President of the Senate, Ovie Omo-Agege, and co-sponsored by Senator Abubakar Kyari, sought amendment of Section 65 of the Electoral Act 2010 by introducing a National Electronic Register of Election Results.

In clear terms, the new amendment stipulated that data of accredited voters must be transmitted to the central database upon the conclusion of the accreditation of voters which would be done through the use of the card reader.

After much ado, the Bill was passed this week after a clause-by-clause consideration of the report of the Committee on Independent National Electoral Commission (INEC) but controversially outlawed the electronic transmission of results. The committee, in its report, had recommended that INEC “may transmit results of elections by electronic means where and when practicable.”

But the Red Chamber approved electronic transmission of results during elections with a caveat, provided that: “The national network coverage is adjudged to be adequate and secured by Nigerian Communications Commission (NCC) and approved by the National Assembly.”

The Reps, meanwhile, agreed that INEC would determine the mode of voting/transmission of election results.
The retained Clause 52 (2) reads, “Voting at election and transmission of results in this Bill shall be by the procedure determined by the Commission.”

What this means is that INEC is stripped of the exclusive powers to transmit election results electronically. Counterproductive, it is like writing an electronic test and then queuing for your result under the sun.

The original idea behind INEC adopting electronic transmission of results, as seen in Edo elections, was to progress our electoral process to electronic voting. The United Kingdom, France, Germany, Switzerland, and developing countries like India, Venezuela, and the Philippines have all adopted and are using the full complements of e-voting. On the other hand, paper ballots, manual counting, manual collation, and hand carrying of results represent some of the most significant challenges that have affected the sanctity of elections in our part of the world and made a mockery of democracy.

When poll results are transmitted in real-time from the polling booths, the contestants do their tally, making it very difficult, if not impossible, to fiddle with outcomes at the collation centres.

As Nigerians yearn for the best that a democratic system of government can deliver, is this the best that our Distinguished Lawmakers can come up with? We deserve better. In the 21st century, any idea that has the slightest possibility of keeping us on the ground should not even be thought about at all, more so codifying it into law.

Unsurprisingly, though, these are the bunch who have used the collation centres to subvert the will of the people, time and again, and they know that the game may be up if electronic transmission is part of the law. It may explain why the clause is worded with trips and traps that will make INEC and NCC collide, while the National Assembly has already appointed itself the umpire!

This has set the grounds for cheating in future elections. Now we are stuck with the politics of thuggery and elections of ballot box snatching. No thanks to some of our representatives. 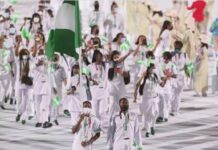 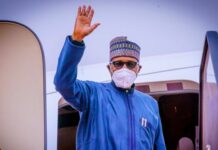 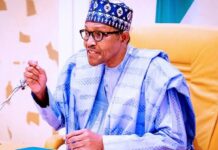 Buhari Media Interviews: Dialogue as the balm of democracy