As a measure towards tackling incessant bird strikes at airports, the Federal Airports Authority of Nigeria (FAAN) has acquired some equipment to manage the situation while improving aviation safety.

This was disclosed by the Managing Director of FAAN, Capt. Rabiu Yadudu, at the inauguration of the equipment on Monday in Lagos.

Yadudu stated that the equipment, which was the best they could get around, was procured on the recommendation of the International Civil Aviation Organisation (ICAO).

Yadudu, who was represented by the Director of Commercial and Business Development, Alhaji Sadiku Rafindadi, listed the equipment acquired to include bird scaring gas canons, 15,000 rounds of 12G (heavy calibre bird scaring pyrotechnics), Hi-tech bird laser among others.

Speaking further, he added that the equipment, when deployed, would usher in an era of safe flight operations, as incidents relating to birds strike which have increased of late would be mitigated.

While making his remarks, the FAAN Director of Airport Operations, Capt. Muktar Muye, expressed delight at the arrival of the equipment.

Muye noted that what was being commissioned was not just the equipment but a complete package that included the recommended storage facility, patrol vehicle, and trained personnel in line with ICAO Standards and Recommended Practices.

Others are the Regional General Manager, South West, Mrs Victoria Shin-Aba; representative of the GM Corporate Affairs, Mrs Christabel Eromosele; Chief of Staff to MD/CEO, Mr Lawal Abdullahi amongst others.

Recall that there have been reported cases of bird strikes at airplanes around the country, which have led to damaged aircrafts and forced landings in most cases. Experts have, over the period, called for measures towards curbing the menace. 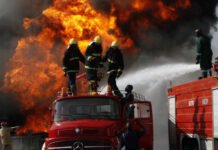 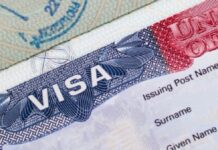