Minister of Education, Adamu Adamu, on Monday blamed a previous administration in the country for the continuous strike by the Academic Staff Union of Universities (ASUU).

Adamu, who disclosed this at a Town Hall meeting on security issues in Bauchi, however did not disclose the administration in question.

He added that the government should not have agreed to pay the union N1.3trilion when it knew it lacked the capacity to fulfill the agreement.

The minister said: “I do believe that while they were signing that agreement, they knew that it is not possible for them to implement it. There was just nowhere N1.3trn will come out from.

“I think the basic problem between the ASUU side and the government side has been on what to do about this N1.3 trillion. If a government appends its signature to an agreement, it is an agreement.”

Adamu stressed that the Federal Government was not happy that the strike was still on, adding that an agreement would soon be reached with the union.

“But I assure you that we are on the verge of reaching an agreement and very, very soon, we will reach an agreement with them,” he added.

Girl dies one year after scoring seven A1s in SSCE 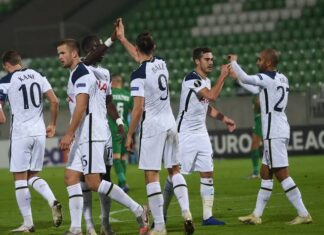 KAFTANPost - November 27, 2020
0
By David Awopetu José Mourinho's Tottenham are on the brink of qualification for the Europa League knockout stage thanks to a 4-0 win against Ludogorets...

Gowon denies looting ‘half of CBN’ as military ruler