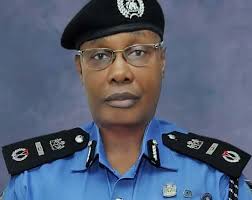 The Inspector-General of Police (IGP), Alkali Baba, has expressed his desire to leave behind a professionalised Nigeria Police Force (NPF).

Alkali made this known on Friday in Dutse while speaking to stakeholders at a one-day duty tour to the Jigawa Police Command.

“I want to leave a legacy of professionalised police, a dedicated Police Force with sincerity of purpose, zeal and courage,” Abba said.

He also promised to reward good deeds by officers and punishment to the bad eggs to enhance service delivery among police personnel.

“Reward is to motivate while punishment is to serve as deterrent to others,” he added.

The police boss warned those recording police activities in video or audio and sending same out through the social media to desist from such acts.

According to him, any police officer caught doing that will be punished accordingly.

Earlier, the Commissioner of Police (CP) in the state, Mr Aliyu Sale, told the IGP that Jigawa was relatively peaceful.

“Jigawa is relatively peaceful. And since my assumption of duty on Aug. 8, I’ve put in place some proactive crime-fighting strategies.

“By the grace of God, Jigawa State will continue to be one of the safest places where inhabitants can sleep with their two eyes closed,” Sale said.