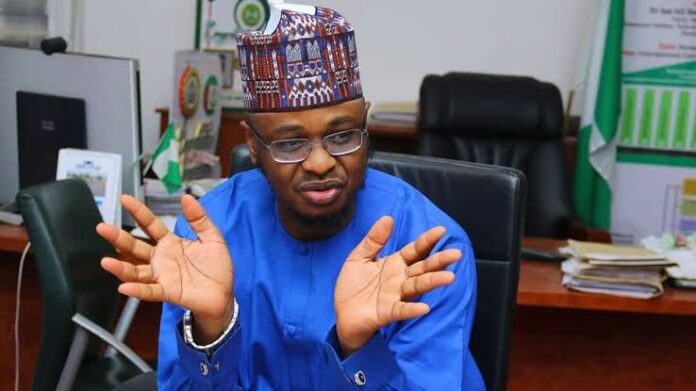 The Minister of Communications and Digital Economy, Dr. Isa Ali Pantami, has said he has provided every necessary technology to enable security agencies to effectively tackle insecurity in the country.

The mynister made this known yesterday during a chat with the media, shortly after Image Merchants Promotion Limited presented him a book, titled, ‘Digital Innovation for Economic Prosperity in Nigeria.’

His words, “Technology has been addressing (security) but in our own area, we are not security agencies. The security agencies are the ones that are supposed to leverage on the technology to do their own work and we have been mandated to give them all the necessary support. All the support they need is available to them 100 percent.

“Since my first day in office, we have been giving them (security agencies) support. Any support they need in technology to do their work, I have provided 100 per cent so far.

“It is their work to leverage technology. It is not our duty to say this is what to achieve. What they require, we have provided 100 per cent, not even 99 per cent and we will continue to do that.”

On the 5G technology deployment, the minister said that the Draft Policy would be presented to the federal Executive Council (FEC), after the working Group set up on it concludes its assignment.

He said that the government started the process in 2020 but was confronted with the COVID-19 conspiracy theory.

According to him, following the confirmation by the World Health Organisation (WHO) and the International Telecommunications Union (ITU) that the two were not related, the conspiracy theory has been destroyed intellectually and scientifically.

“In spite of that, we set up a Working group to study the effectiveness. Accordingly, people from technology, health, environment and security. They have been working for over a year on the policy of deployment of 5G in Nigeria, so that we can be on the same page and be sure there is no vacuum that others can exploit to the detriment of the citizens of our country.

“So we are on the same page and I think the policy will soon be presented before the Federal Executive Council. When it is approved, the National Frequency Management Council will assign Spectrum to NCC and NCC will release it to operators for deployment.”