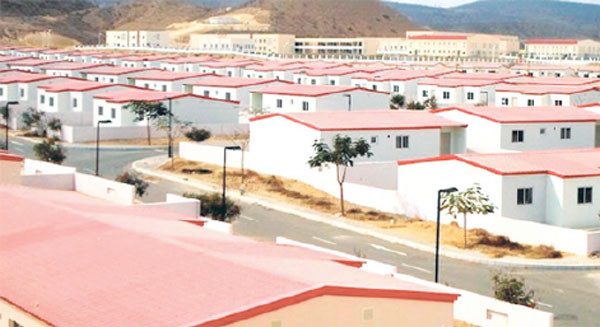 Lagos State Government says that plans are already in place to build 3,456 homes for public and private sector workers in Imota, near Ikorodu.

Governor Babajide Sanwo-Olu made this known during the inauguration of a set of 480 housing units of Ibeshe LagosHoms, in Ikorodu on Thursday.

Sanwo-Olu said that the 3,456 homes, tagged, ”Imota Workers City’,’ would be built on 20 hectares of land at Imota area of the state.

He said that the home units would be accessed by workers in the public and private sectors in the state on a convenient mortgage system, spanning 15 years with single unit interest rate.

The governor described the workers as the oil that lubricates the engine of prosperity in the state, adding that need analysis had shown that the working class had greater need for housing than other higher percentage of workers.

According to him, the utmost goal of the present administration is to build homes within livable surroundings and to create livable communities where values are protected and cherished.

”Every responsive government knows the impact of good and decent homes on the welfare of the people.

”In line with our inclusive stance, we want to reach as many people as possible in its housing provision efforts.

”For this reason, among others, we are developing a special housing package for workers in the state. They are the oil that lubricates the engine of prosperity in the state.

”A higher percentage of workers are also in the childbearing stage, raising future leaders. The best we can do is to promote their access to home ownership.

”To this end, the state is concluding discussion with a private developer to build 3,456 homes tagged Imota Workers City, which will be built on 20 hectares of land at Imota,” he said.

The governor reiterated his administration’s commitment to provision of livable homes, adding that more homes would be built within livable surroundings and to create livable communities where values were protected and cherished.

”Houses are good but homes are the ultimate. In developing and completing these schemes we are putting in mind the total wellbeing of the people in mind.

”This will add to the actualisation of our vision of building a resilient and dynamic Lagos. We want our families to be nurtured in good environment and children brought up within good settings, so that the legacy of excellence can continue into the future,” he said.

Sanwo-Olu, however, implored all the prospective allottees of the new scheme to ensure that it was well maintained and kept in good state, to ensure an enduring lagacy.

”For those who are still waiting for the home ownership opportunity, it won’t be for too long before your dreams will be attained.

”We are still working and I believe that with the help of God and your support, we still achieve more together,” he said.

Also speaking, the Commissioner for Housing, Mr Moruf Akinderu-Fatai, said that the state government’s efforts were to ensure that the housing deficit in the state was reduced and that decent homes were made available to all categories of residents.

”I must emphasise that the essence of all the activities in the sector is to strengthen the built sector so that positive impacts are seen in the lives of all the citizens.

”With more decent homes, the family ecosystem is better preserved, living standards are improved and the beauty of the environment is enhanced,” Akinderu-Fatai said.

He said that the state government had been working on the completion of all the housing schemes initiated but left unfinished by previous administrations in the state.

According to him, private sector involvement in housing development is also being encouraged to the extent that many serious investors are now collaborating with the state government.

He said that such involvement had resulted in all the visible evidence of progress in the housing sector. 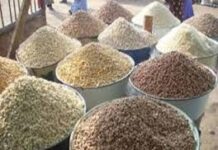 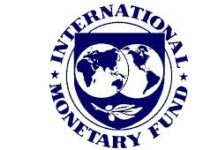