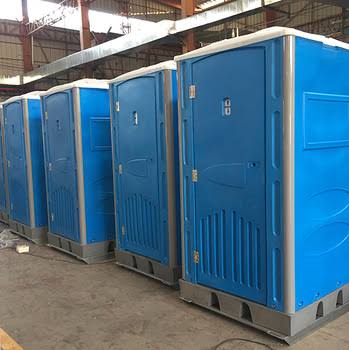 The Executive Director, Poly Products, Lagos, Mr Pavan Gwalani on Thursday said Lagos state needed 5,000 mobile toilets to eliminate the menace of open defecation.
Gwalani, in an interviews with the News Agency of Nigeria (NAN) in Lagos said: “With a population of almost 20 million people, 5,000 mobile toilets should serve about 40 people daily.“
He, however, urged stricter sanctions which he said would greatly reduce the menace of open defecation which noted had become an eyesore to the public.
Gwalani also urged companies in the state to adopt provision of mobile toilets as part of their corporate social responsibility to the state.
He advised siting a pilot scheme at locations with greater concentrate of people to be able to properly project the effectiveness and efficiency of the mobile toilets with regards to cleanliness and maintenance.
Speaking about the choice of plastic, Gwalani said it was preferred for its mobility, portability and the recyclable advantage.
“This is not bad and can be increased with time after a pilot scheme is carried out to gauge its effectiveness.
“Companies must also try to do something beneficial for the economy they are trying to benefit from,” he said.
The immediate past president, Nigerian Institute of Management, Prof. Olukunle Iyanda, who also spoke about the bill on open defecation called on government to facilitate observance of the law guiding the use of toilet by providing facilities to meet the call of nature.
He said: “Open defecation bill is to be applauded because open defecation pollutes the environment and constitutes a health danger to the generality of the population.
“But ensuring public health does not begin or end with passing a law that criminalises the practice.
“Government has the responsibility to facilitate the observance of the law as public comfort stations are rare in most Nigerian cities.
“Commercial or other public buildings which attract large numbers of people hardly allow free public access to their comfort stations.
“So as a necessary concomitant to this bill is the provision of health comfort stations to the public and making it mandatory for public buildings to have at least, one comfort station accessible to the public.”
Also, President, Lekki Estate Residents and Stakeholders Association (LERSA), Olorogun Emadoye, lauded the presidency for the several campaigns and initiatives on issues of toilets, but called for effective implementation of the initiatives.
He said persistent lack of public toilets, poor housing system, hasty urbanisation, inadequate sensitisation/ awareness on the repercussions of the law and non-enforcement of Public Health, Environmental laws needed to be looked into.
Emadoye said the problems should be addressed aggressively by the government and stakeholders for sustainability and avoidance of societal decay.
He stressed the need for every facet of the law pertaining to the use of toilet to be implemented to the letter with punitive measures on people who failed to make available proper facilities for defecation.
According to him, the implementation should be effected in living accommodation, business centres, educational institutions, major bus stops, train stations, market places, offices, schools among others.
“Owners of such places should compulsorily build or install good facility for human conveniences.
“It should be stressed through a robust campaign of policy, public advocacies and private sector engagement that open defecation infringes on human dignity.
“Much more than that, it also has daring consequences on health and on the environment.”
He reiterated the association’s commitment to work with all levels of government and meaningful stakeholders to continue to campaign against open defecation.
Emadoye, however, stressed the need for Open Defecation Free in all the estates, markets, schools, motor parks and all other public places within the Lekki corridor.
He disclosed that to address environmental degradation, a comprehensive report on the environment from 1004 Housing Estate to Epe was being reviewed. 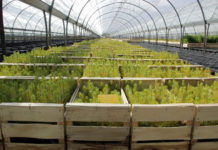 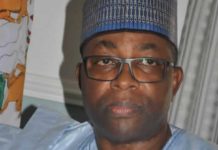 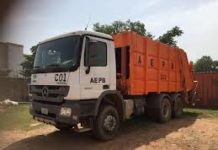