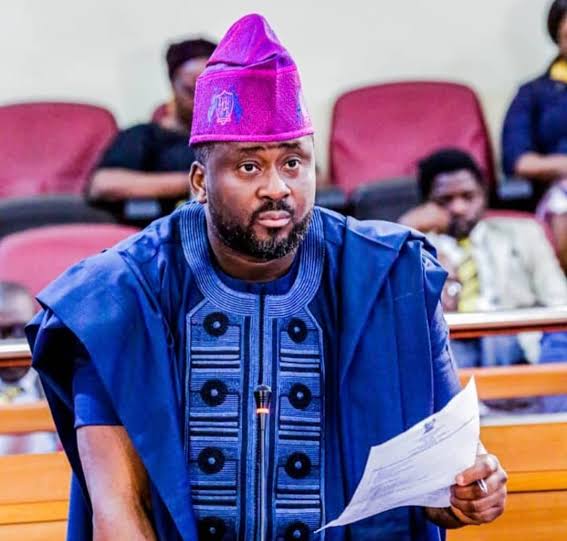 Nollywood actor and politician, Desmond Eliot, has described the events of Lekki Tollgate as heartbreaking and heart wrenching.

Reacting to the panel’s reports submitted to the Governor of Lagos State, Babajide Sanwo-Olu, on Monday, Desmond, in an interview with TVC on November 16, said the government has wronged the citizens.

He also pointed out that he has always been optimistic about the truth revealing itself someday.

He said, “I read it and it was very heartbreaking. Heartwrenching. I knew there was a calamity, chaos. Except you are not Nigerian or you are not human.

“You would feel for everybody. I have always said something. When MKO died and the government of the day denied and denied, it took this government to come and say you know what, we have wronged you.

“This is the truth and they actually gave democracy day.

“We have always said the truth comes out. There is no how you would try to hide it, the truth would come out.”

The member of the Lagos House of Representatives also talked about how the government would have known the truth was going to be revealed soon.

He also said that the state government will definitely react to this discovery with an official statement.

“But I now looked at it from another angle. Is it possible that this government didn’t know what was going to come out?

“Of course they did but the government of today, I am talking of the state government, I want to believe knew what was going to come out.

“There is going to be an official statement so let me not jump the gun because I am also in office. But the fact that it even came out and even saw the light of day…”

He went further to discuss how he was interviewed recently and the same topic was brought up, without the knowledge that the panel report was going to be released even sooner.

Recall that the actor, who was formerly loved and well respected as a lover boy in Nollywood movies, broke the internet when he supported the social media regulation bill.

This created an upsetting uproar leading to youths making up trends with his picture.