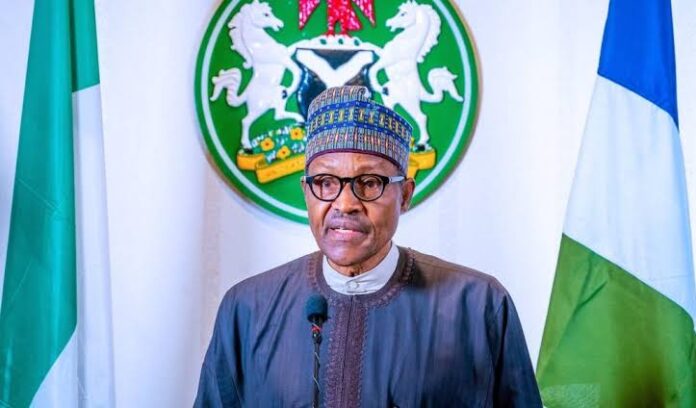 President Muhammadu Buhari says his administration has achieved a lot considering what it met on ground.

The president said this while responding to a question during an exclusive interview with Arise TV on Thursday.

“This administration under APC has achieved a lot. Go look at what was on ground before we came in and now,” he said.

The president shrugged off the idea of zoning, noting that only members of the All Progresives Congress have the power to decide its fate.

According to Buhari, the acting leadership of the party is fast working to reposition the party and make every member feel at home.

“The hope of this administration is to see APC last beyond it. Therefore we should allow the party to decide,” he said.

“You cannot sit here in Lagos, for instance, and decide on the fate of APC on zoning.

“The restructuring of the party has begun from the bottom to the top with the membership card registration. Every member of the party must be involved.

“We will soon conduct our convention. No single member of the party will be allowed to go against the wish of the party.

“The political party has to know how many members it has state by state. This the right step to go about.”