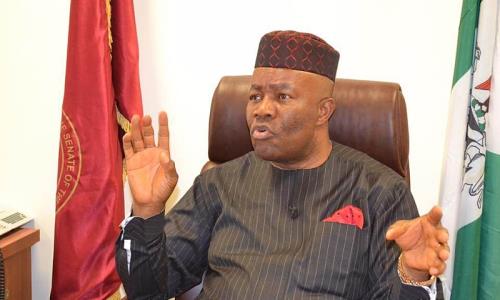 The Minister of Niger Delta Affairs, Godswill Akpabio, has said the board of the Niger Delta Development Commission will be constituted at the appropriate time, upon the recommendation of President Muhammadu Buhari.

Akpabio made this disclosure in Abuja yesterday according to a statement signed by the ministry’s permanent secretary, Dr Babayo Ardo.

He stated, “Part of the strategy to reposition the NDDC was the recent setting up of a forensic audit to understand what went wrong despite the resources committed to the commission over the years. The report of that audit has just been submitted to Mr President, who is studying it to come up with a formula for a commission fit for purpose.”

Akpabio, however, said he never advised protesting youths and women of the region on the constitution of the board of the NDDC to channel their grievances to President Buhari, as reported by some online media platforms.

He also said it is not in the interest of the region to stampede the government into aborting the reform process, noting that Buhari has demonstrated immense love for the Niger Delta and its people.

“This is reflected in the support he has given to the NDDC to complete some of the projects abandoned over the years, like the headquarters complex in Port Harcourt, the Students’ Hostel at Uyo, and the electrification project in Ondo State,” he added.