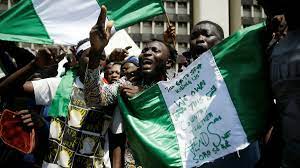 Nigeria has been ranked as the eighth least peaceful nation in Africa, according to the 2021 Global Peace Index (GPI).

Having gained one spot, it is rated 146 among 163 independent nations and territories based on level of peacefulness.

In the report released on Thursday, Nigeria finished with 2712 points and was graded low on the state of peace out of very high, high, medium, low and very low on the chart.

The GPI, produced by the Institute for Economics and Peace (IEP), measures the state of peace in countries. It assesses countries in three domains, including the level of societal safety and security, the extent of ongoing domestic and international conflict and the degree of militarisation.

Describing the situation, the report said Nigeria continues to face challenges on both safety and security and ongoing conflict domains. The conflict between government forces and Boko Haram in the Northeast led to an estimated 1,606 people killed in 125 fatal incidents in 2020, making an average of 13 deaths per violent event in the Boko Haram insurgency of last year.

“Over the last year, the country has recorded further deteriorations in militarisation and ongoing conflict and an overall deterioration in peacefulness,” the report added.

The data also recorded that civil unrest in sub-Saharan Africa rose by more than 800 per cent over the period with Nigeria accounting for the highest number of demonstrations and the most increase in civil unrest.

The 15th edition of the GPI also measured the effect of the COVID-19 pandemic on peace. This looked especially at the impact of the pandemic, and in particular, how its economic consequences will increase the risk of severe deteriorations in peace over the next few years.

Civil unrest rose 10 per cent globally, driven by the coronavirus pandemic. The pandemic caused a global rise in civil unrest and political insecurity, according to the GPI report. There were 14,871 violent demonstrations, protests and riots recorded globally in 2020.

The report said COVID-19 was a “multiplying force” in future political instability and civil unrest. It added that the level of this unrest going forward is likely to hinge on the speed and effectiveness of economic recovery. Countries with less debt and higher levels of positive peace were more likely to recover faster.

Iceland remains the most peaceful country in the world, a position it has held since 2008. It is joined at the top of the index by New Zealand, Denmark, Portugal and Slovenia. Mauritius is the most peaceful African country ranked 28th, followed by Ghana (38), Botswana (41), Sierra Leone (46) and Gambia (53).

Afghanistan remained the world’s least peaceful country in the world for the fourth year in a row, followed by Yemen, Syria, South Sudan and Iraq.

At the presentation of the report held virtually, Steve Killelea, CEO of the IEP said: “There has been a very slight decrease in peacefulness in 2020. That was mainly caused by an increase in the number of violent demonstrations and the levels of political instability. This year’s results show that the average level of global peacefulness deteriorated by 0.07 per cent, which is the ninth deterioration in peacefulness in the last 13 years.

“Part of that was fuelled by lockdowns from COVID-19 and the economic issues that followed. India, Eastern Europe and the United States showed the most deterioration on that level due to the rise in demonstrations over coronavirus-related restrictions.” 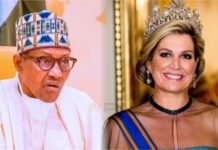