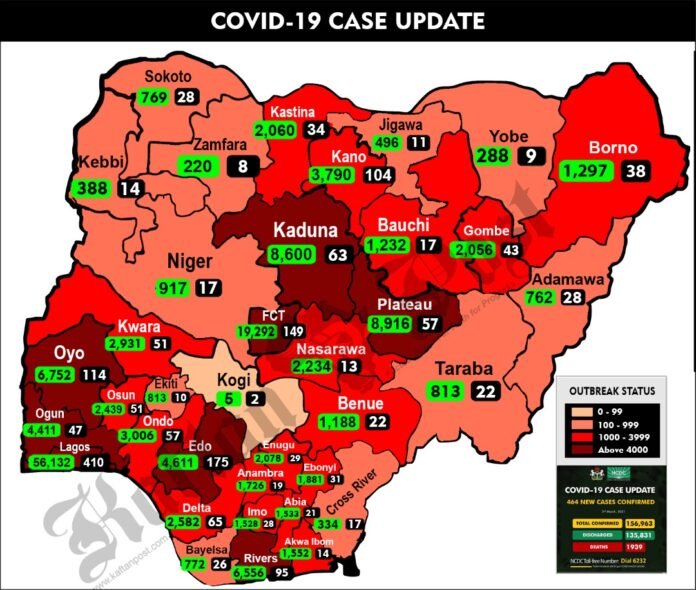 The Nigeria Centre for Disease Control (NCDC) has recorded 16 additional COVID-19 related deaths, bringing the total number of deaths from the disease since its outbreak in the country to 1,939.

The NCDC made the disclosure on its official Twitter handle late on Wednesday.

The News Agency of Nigeria (NAN) reports that Nigeria has so far recorded a total of 156, 963 confirmed cases of the disease, out of which 135,831 cases have been discharged across the 36 states and the Federal Capital Territory (FCT).

The NCDC disclosed that the total number of active coronavirus cases was now standing at 19,212 after a decrease of 401 in the past 24 hours.

The agency also reported 464 new COVID-19 infections from 21 states and the FCT in the past 24 hours.

Lagos, Nigeria’s economic hub, remains the epicentre of the virus, recording 131 of the 464 new cases.

Nine of the cases were recorded in Ekiti, six cases each in Osun and Oyo states, Borno, Gombe and Plateau recorded five cases each.

The public health agency also reported that Nigeria country recorded a total of 135,831 recoveries and discharges since the outbreak of the disease with 1,280 new discharges in the past 24 hours.

NCDC noted that its latest discharge, included 229 community recoveries in Lagos State, 144 in Imo and 45 in Akwa Ibom.

It added that three previously confirmed cases in Nasarawa State were omitted from the cumulative report.

The agency said that a multi-sectoral national Emergency Operations Centre, activated at Level 3, had continued to coordinate national response activities in the country. (NAN) 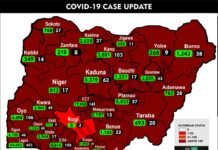 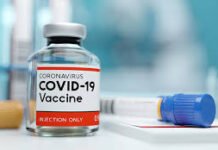 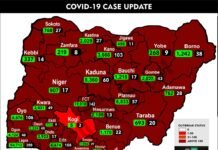