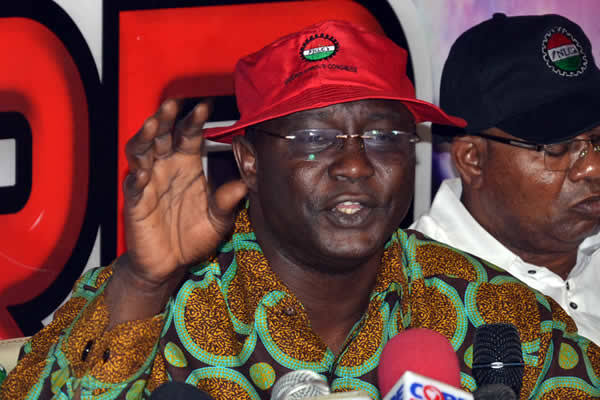 The Nigerian Labour Congress (NLC), on Thursday, said it would resist any attempt to further increase fuel price following the proposal by the Nigeria Governors Forum (NGF).

The NLC made this known in a communique issued at the end of its virtual meeting held at the Labour headquarters in Abuja.

Recall that the NGF committee, led by Governor Nasir el-Rufai of Kaduna State, had proposed that subsidy be removed and petrol pump prices pegged at between N380 and N408 per litre.

But the NLC has threatened that a nationwide strike action would be embarked on should the Federal Government decide to consider the governors’ proposal.

The congress tasked FG to rather build new refineries, and rehabilitate the existing ones, to sustainably address the lingering crisis of continuous fuel price increase in the country.

“We still stand solidly by our decision taken at our NEC meeting which took place on 17th February 2021 to reject further increases in the price of refined petroleum products particularly the Premium Motor Spirit (PMS). The only sustainable way out of the crisis of fuel importation and associated dislocations in the downstream petroleum sub-sector is for government to rehabilitate all four public refineries in Nigeria and build new ones.

“Any decision to increase by even one cent the price of refined petroleum products especially PMS will attract an immediate withdrawal of services by Nigerian workers all over the country without any further notice; and we will officially write to the FG, conveying the plight of Nigerian workers, the concerns of congress and the resolutions of the NEC on the matter of fresh proposals for an increase in the pump price of fuel especially as informed by the stance of the Nigeria Governors Forum,” the NLC stated.

On the review of the 1999 Constitution of the nation, the NLC charged the National Assembly to retain labour administration, National Minimum Wage, Pension and Industrial Relations in the Exclusive Legislative List of the constitution.

It also accused the FG of excluding the union from the decision made on the last fuel increase.

The NEC also directed the full mobilization of workers at all the Zonal Public Hearings to lend weight to the demands and aspirations of Nigerian workers in the ongoing review of the 1999 Constitution.