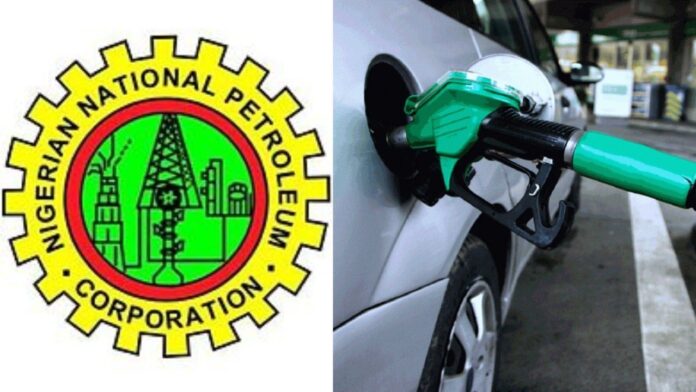 The Nigerian National Petroleum Corporation (NNPC) says there will be no increase in pump price of petrol in the country in May.

The NNPC said this in a statement through its verified twitter handle on Monday evening.

Quoting NNPC Group Managing Director, Mele Kyari, the tweet reads, “there would be no increase in the ex-depot price of Premium Motor Spirit (PMS) in the month of May 2021.”

However, this could just be a short relief as negotiation continues with organised labour and other stakeholders to end subsidy payment.

Recall on Sunday the federal government had promised delegates from the International Monetary Fund (IMF) and World Bank it plans to end subsidy payments by June to facilitate its $3.5 billion loan request.

Also, NNPC tweeted to announce that a planned nationwide strike by petrol tanker drivers had been called off.

“Following GMD #NNPC Mallam @MKKyari’s intervention in the National Association of Road Transport Owners (NARTO)/Petroleum Tanker Drivers (PTD) impasse, PTD has just announced the suspension of its planned strike until closure of discussion between both parties,” the tweet said.