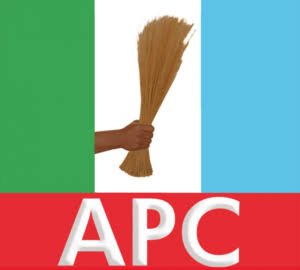 The All Progressives Congress (APC) has insisted that terrorists no longer control any part of Nigeria’s territory.

This statement was made by the Secretary, APC Caretaker Committee, John Akpan Udo-Edehe, on Friday as he urged Nigerians to stop politicising security issues.

John Akpan Udo-Edehe stressed that apart from attacks on soft targets, Boko Haram and its affiliates had been degraded in the country.

He therefore called on Nigerians to appreciate the efforts of security services, particularly the Armed Forces, in ensuring the safety of the country.

“We should rather support their efforts to further degrade the capacity of terrorists and other criminal elements. We invite Nigerians to rededicate themselves to the patriotic call contained in our National Anthem – ‘The labours of our heroes past, shall never be in vain.”

Nigeria celebrated the 2021 Armed Forces Remembrance Day on Friday as January 15 is the day set aside to honour military veterans, those who fought and died in the nation’s civil war and internal operations.

It was usually observed on November 11 as Poppy Day in honour of the end of the First World War but after the government’s victory over Biafran troops on January 15, 1970, the day was moved off the Commonwealth of Nations calendar.

Despite the several reported attack by Boko Haram insurgents and bandits, especially the killing of 45 farmers in Borno State, last December, the Federal Government insists that insurgents have suffered “huge setbacks in the hands of the military in recent times,” adding that they were only attacking soft targets.