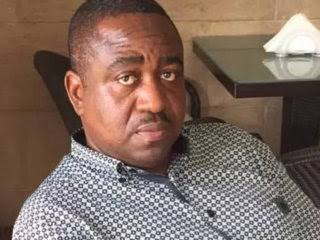 The Benue State government has placed a N5m bounty on any useful information that would lead to the arrest of the killers of late Dr Terkula Suswam.

Governor Samuel Ortom made this known to newsmen after the Expanded Security Council meeting in Makurdi on Thursday.

Ortom also said that the council also declared total war against criminals in the state.

Recall that late Suswam was killed along with his aide Solomon Utanor on Monday evening in front of ELOHIM PLAZA, beside Ashi Polytechnic, located opposite his personal residence in Anyiin, Logo Local Government Area of the state.

Ortom said the council while, condemning the assassination of Dr Suswam, would do everything to ensure that the killers are brought to book.

“The Council also decided to place a bounty of N5m on any information from anyone that would lead to the arrest of those who assassinated Dr Terkura Suswam,” the governor declared.

He further said that the council reviewed the ban on the use of motorcycles earlier imposed in Ukum and Katsina-Ala Local Government Areas to cover Logo council and banned the use of old model Toyota Corolla, popularly known as Duck Nyash in the three affected council areas.

The council also ordered that all commercial vehicles operating within the affected local governments must do proper documentation and must load only in the motor parks.

According to him, the council further directed security agencies to arrest anyone seen driving the banned car and motorcycles.

He said the decision to ban the use of such vehicles in the area was because most crimes were carried out using the model of the car.

“The Council has declared total war against any criminal element, not just those who assassinated our brother Terkura Suswam but against all bandits and other criminals.

“The Security agencies have assured that they will go after them and by the grace of God apprehend them,” said Ortom.

On security threats facing boarding schools in parts of the country, the council resolved that the Ministry of Education should sensitize schools especially boarding ones on security tips.

The council further constituted a sensitisation monitoring committee headed by the Special Adviser to the governor on Security, retired Col. Paul Hemba.