Factual Pursuit of Truth for Progress
A 39-YEAR-OLD pastor has been sentenced to life imprisonment for raping a 14-year-old girl. The convict, Justice Aniele, who is a pastor with a Pentecostal church, raped the girl, an orphan under his care, and got her pregnant, at Amaji community in Omuma Local Council, where he pastored. Justice Kingsley-Chuku of a Port Harcourt High Court in her judgment, found Aniele guilty of the crime, of taking advantage of the minor under his care and having unlawful sexual intercourse with her, which resulted in pregnancy and the birth of a baby boy that later died. The Court held that the accused did not show any remorse for his actions, by attempting to abort the pregnancy more than once and for threatening to kill the victim should she reveal the truth to anyone, an offence punishable under Section 32, sub 2 of Rivers State Child Right Law 2009. Reacting, the prosecution counsel, Lilian Franklin, said justice has been served on the victim and the state. She said: “We got a judgment today for unlawful sexual intercourse with a child. It was a maximum sentence, which is life imprisonment. “We are glad that we got justice for the victim and the state and it will serve as a deterrent to others that have children in their care and would want to molest them and use them for other things, aside from allowing them to be children that they are.” Also, the counsel representing the International Federation of Women Lawyers (FIDA), Chisom Anyalebechi, expressed happiness that the accused was convicted for the crime. She said: “We are so happy and grateful for getting this judgment. It will act as a deterrent to others. Because many people are getting away with it and the victims and their families are complicit sometimes. So they opt to settle out of court, or rather remain fatalistic, allowing God to be the judge while the victim is suffering and the offender keeps on committing the act. “It should not be like that. There should be an end to all these by prosecuting this matter. We are diligent while doing it and we will see that one gets justice, which is what we have done. “The accused deserved the sentence because we filed this matter under child’s rights law. Not criminal code. And once one is found guilty, it is for life.” 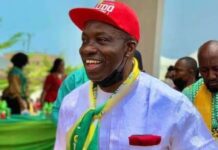 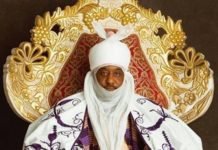