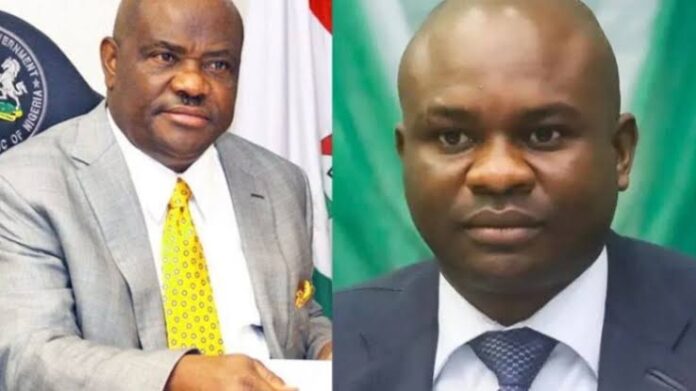 Dagogo, who is representing the Degema/Bonny Federal Constituency in the House of Representatives, was arrested by armed security operatives at the PDP South-South zonal Secretariat in Port Harcourt.

He was picked up as soon as he arrived at the party’s secretariat for the screening of the governorship aspirants from the South-South.

Dagogo was declared wanted by Governor Wike on Wednesday for allegedly hiring thugs to attack the PDP secretariat in the state capital.

The aspirant had earlier denied the allegation and accused the governor of plotting to stop him from appearing before the screening committee headed by the former Kaduna State governor, Ahmed Makarfi.

He, however, promised to appear at the state police command after the screening.