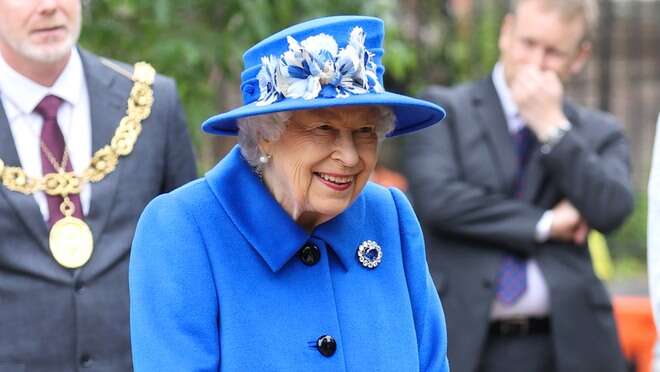 The Queen is undertaking “light duties” after a hospital visit for “preliminary investigations” as Buckingham Palace faced questions over its handling of news of her overnight admission.

The 95-year-old monarch is said be resting at Windsor Castle after undergoing tests at King Edward VII’s Hospital in central London, having been advised by doctors to rest for a few days and cancelled a two-day trip to Northern Ireland.

She returned to her Berkshire residence at lunchtime on Thursday, having been admitted on Wednesday afternoon. A source said she remained in “good spirits” and was “resting and undertaking light duties”.

Boris Johnson commented on the Queen’s condition during a visit to a vaccine centre in west London on Friday: “I think everybody sends Her Majesty our very, very best wishes. And certainly, we have from the government.

“But I’m given to understand that actually Her Majesty is characteristically back at her desk at Windsor as we speak. But we send her every possible good wish.”

This was the Queen’s first hospital admission since 2013, when she was treated at the same hospital for gastroenteritis.

But that Buckingham Palace confirmed the latest visit only once the Sun newspaper ran it as a front page exclusive has triggered debate over how the nation learned of it and raised questions over palace transparency.

“It could have been handled differently,” said Dickie Arbiter, a former press secretary to the Queen. “They could have made an announcement after she was back at Windsor Castle, saying, ‘The Queen has been to hospital for tests. She is now back at the castle. She is working. That is all we are saying. End of’.”

A proactive announcement, after she was safely back at Windsor, would also have avoided the circus of photographers setting up outside the hospital.

Buckingham Palace announced the Queen had “reluctantly accepted medical advice to rest for the next few days” just after 11am on Wednesday, stressing that she was in “good spirits” and “disappointed” at cancelling her Northern Ireland visit.

Media outlets faithfully reported this throughout Wednesday and Thursday. Meanwhile, staff, and any members of the public who may have seen the VIP admission, would be aware that such media reports were not giving the whole picture.

The BBC’s royal correspondent, Jonny Dymond, told BBC Radio 4’s Today programme he suspected the palace did not intend to reveal details of her admission at all, but that they were forced into it by the Sun.

There was always a line to be drawn between the privacy individuals are entitled to on medical matters and the expectation the nation has of being informed about the health of its head of state, whom many hold in great affection, he said.

The BBC’s royal editor, Nicholas Witchell, told BBC Breakfast that the media had not “been given the complete picture” to relay to viewers and readers. We were now being told that she was resting, undertaking light duties and in good spirits, he said. “Well, we must hope that we can place reliance on what the palace is telling us.”

One of Buckingham Palace’s most-utilised responses has long been that it will not “provide a running commentary”. And no one would argue that the nature of the private tests the sovereign was undergoing should be disclosed. But in PR terms, the fact that she stayed overnight will have been known by several, and was always in danger of being leaked.

The result is a “no-win situation” for the palace, which had sought to avoid “wild speculation” over the Queen’s health but had been “caught on the hop by an unfortunate leak to the Sun”, said Arbiter.

Penny Junor, a royal author and commentator, said: “It doesn’t look good, but the palace may be trying to protect her privacy. There are 101 possible reasons why they did not want to announce it. But I suspect it was to prevent rampant speculation that she was unwell.

“She has been looking so radiant, so healthy and so robust in recent times that I can’t believe that there is anything seriously wrong with her. But she is 95 years old and she has been doing an awful lot.”

Palace sources stress the decision not to announce her admission was based on the fact that the Queen is entitled to medical privacy and that it was only going to be for a short stay for some preliminary investigations.

An overnight stay was “for practical reasons”, they said. Whether this was due to it being unreasonably late for her to be driven the one-hour journey back to Windsor, or that some tests could not be completed in time, has not been disclosed. 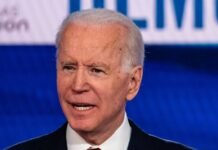 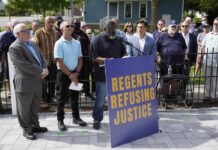 Chances were missed to stop University of Michigan sexual abuse 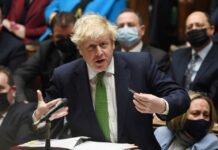 ‘In the name of God, go’: UK’s Johnson faces demands to resign