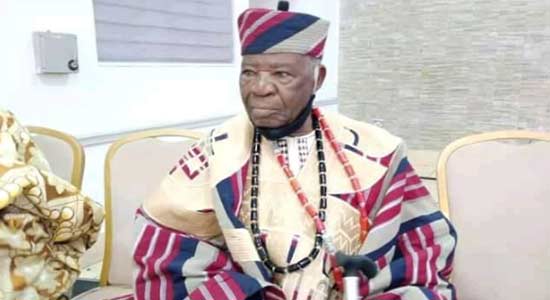 IN my early years at the Bar, precisely in 1995, I was doing my pupillage in the commercial law firm of Dele Akinmusuti & Co , then situated at 23, Mogaji Are Street, Off Ring Road , Ibadan, Oyo State of Nigeria.

A notable client of the law firm referred a brief to me and I was paid a very handsome professional fees which was then the equivalent of my 7(seven) months salary . I put in my very best into the drafting of the certorari process that I filed before the High Court of Justice, Ibadan.

The person who referred the case and the client to me is a very wealthy client who had confided in me that the client was a very dear sidekick of his and that I must do all within my capacity to render useless and ineffectual the kangaroo customary court judgement obtained by her landlord to eject her from a coded property he got for the pretty damsel at Iyaganku GRA in Ibadan. The case financier also warned me that my Principal who is his friend must not know about the relationship between him and the beautiful client. That I so much understood because Mr. Dele Akinmusuti is a born-again Christian who will not tolerate such unholy escapade.

Faithfully, I kept that secret pact because the brief was very fat.

Professor Toriola Oyewo represented the party interested/ respondent , the landlord in the case which was assigned to Hon. Justice John Olagoke Ige , of blessed memory. My Lord Ige was one of the finest Judges that had presided on the very rich and resourceful judiciary of Oyo State which bench is unarguably the best in the whole federation till date.

After we were granted leave to quash the judgement of the inferior court and the order of court together with the motion on notice was served on the landlord, the services of Professor Oyewo was retained to represent my Client’s adversary .

We were served with a counter-affidavit and we promptly responded by way of further affidavit.

On the 14th day that the matter was to be heard, Professor Oyewo applied to withdraw his counter-affidavit and same was struck out without any opposition by me. The court asked me to move my certiorari application , which I did and I also addressed the court extensively by citing several decided authorities in support of client’s case. That period was good years of oral advocacy because the present front-loading system of written addresses were not in use then.

When it got to the turn of Professor Oyewo, the learned Senior counsel informed the court, expectedly, that he was replying on points of law only. He attacked my case from the angle that the judgement of the inferior court could not be quashed by the high court on the ground of lack of jurisdiction upon which our case was not apparent on the face of the record of the customary court. The erudite Professor submitted further that the court could not take judicial notice that Iyaganku GRA is within the 10km radius of Mapo in the absence of expert evidence to that effect and that it is not a matter of assumption or conjecture by the court.

Mapo in Ibadan is accepted to be the centre of Ibadan and any property within its 10 kilometres radius is held to be within the urban area of Ibadan. Prof. Oyewo asked the Judge rhetorically if the court would allow me to turn My Lord into a land surveyor overnight. Furthermore, that I did not exhibit my Client’s rent receipt for the court to be satisfied and convinced that the rental value of the property was outside the jurisdiction of the customary court.
The court adjourned the matter for ruling after the addresses of both of us had been taken.

In a well considered ruling delivered by the court, my certiorari application was dismissed as the court agreed entirely with Professor Oyewo. I became devastated the following day when my client and her financier came to meet me in the chambers that the lady had been ejected from the premises by the Bailiffs of the Oke-Are Grade C Customary Court, thus bringing to an abrupt end my fat retainership.

I took the aftermath of the case too personal because I refused to greet or acknowledged the greetings of the eminent Senior counsel whenever we met at any of the numerous clubs that he also frequented. I was always, politely, turning down Prof’s offer, politely though, to pay for my meals and or drinks whenever we met. He was fond of telling me jokingly that my behaviour was strange to both the traditions at the Bar and Ibadanland, yet I didn’t yield my ground due to my youthful exuberance at that time.

There was a thaw in our relationship in 2001 when some colleagues and myself met the learned Professor at a popular restaurant in Basorun, Ibadan. My friends had accompanied me there to woo a lady who had become a nut too hard to crack for me. The lady snubbed us that evening and insulted us to the hearing of Chief. I was more than surprised when Prof beckoned to the lady to come over and told her that she cannot get a better suitor anywhere in Nigeria than this promising and brilliant colleague of his (he referred to me as his colleague). As if we were all dreaming, the lady melted immediately and agreed to follow us to a night club that day. Lo and behold, she did. What followed thereafter is best left for my readers’ imagination.

That singular act endeared me to Professor Oyewo and we became very close thereafter to the extent that he gave me complimentary copies of the numerous books that he wrote and he still does that till date.

Besides being a cerebral and brilliant legal practitioner, he is an erudite teacher and a repository of political history, economics, localities, events and people. Professor Oyewo is also a first class Socialite who, till today, enjoys life to the fullest. The grace of God in his life is manifest in his good look and his good health. At 91 years of age, he still drives himself around till date. His memory of cases, history and anything under the sun is superb and second to none.

My joy knew no bound when I was asked by Senator Abiola Ajimobi of blessed memory, the former Governor of Oyo to represent him and the state at Prof’s 80th birthday on which occasion that I narrated the story of the case highlighted above for the first time. The learned Professor, his bosom friend, High Chief Akinnola( now of blessed memory), the Lisa of Ondo Kingdom and all the guests at the event rolled in laughters on hearing the account.

Professor has since become a father -figure to me , a mentor , a role model and a great teacher. Chief M.K. Amusan-Awolesu , a big brother to me and one of the bosom friends of Senator Abiola Ajimobi later informed me that Professor Oyewo had been his mentor since his childhood and that no week will pass without Prof personally checking on him and his family till date.

The news of Professor Toriola Oyewo being one of the recipients of the coveted rank of Senior Advocate of Nigeria at advanced age of 91 along with my Partner, Kazeem Adekunle Gbadamosi Esq. who, perhaps, was a toddler when Prof was called to the Nigeria Bar, did not come as a surprise to me because Ebenezer Obey had long predicted in one of his evergreen musical albums in the 1970s, where he sang of Chief that ” Eye adaba wa gbe ire wa ko wa o”.

The award to Papa at 91 is the Privileges Committee of giving Prof his due , meritorious and well-deserved honour ( ire and eye) in his ripe old age while still alive.

May the good Lord continue to preserve a legal encyclopedia, a quintessential gentleman and a Teacher of Teachers, Professor Toriola Ajagbe Oyewo of the Erunmu fame and a devoted Seventh Day Adventist for us all for many more purposeful years.

Even at 91 years, it is still appropriate for me to greet you Good morning, Professor Toriola Ajagbe Oyewo, SAN Designate.

Mutalubi Ojo Adebayo is a former Attorney-General and Commissioner for Justice, Oyo State of Nigeria 2011 -2015 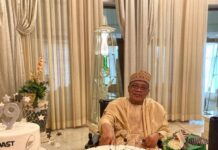 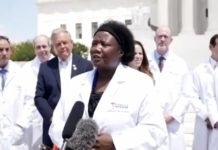 Who is Stella Immanuel, the viral Chloroquine doctor? 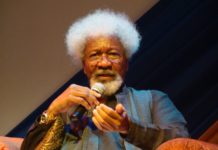