As ground troops of Operation Sahel Sanity with close air support intensify effort to decimate bandits in North West region, two notorious leaders of bandits from Safana LGA of Katsina State have repented and surrendered to the State Police Command.

Sale Turwa and Muhammed Sani Maidaji said they have had a change of heart, pledging not to engage in any form of criminality anymore.

The pair surrendered 10 AK47 rifles to Governor Aminu Masari during a meeting with heads of security agencies.

The repentant bandits were presented to Masari by the state Commissioner of Police, Sanusi Buba, and his counterparts from the 17 Brigade, Katsina, Department of State Security and the Civil Defense Corps

Buba earlier told Governor Masari that it was the view of security chiefs in the state that he accept the bandits’ remorse and forgive them in order to encourage other bandits to follow suit.

The North West region has been hit by banditry, with many killed and hundreds rendered homeless.

While describing the development as a very significant milestone in the fight against banditry and other criminalities, Governor Masari urged the security operatives not to relent in their efforts.

He said “I’ve instructed the security operatives to deal ruthlessly with the bandits until they are rendered permanently ineffective.

“We are no more going to negotiate with them, but if on their volition they decide to renounce their violent criminal ways and embrace peace, we are ready to listen to them.”

“Even then, they must surrender all the arms and ammunition in their possession, otherwise they remain enemies to be dealt with accordingly, as far as we are concerned.” 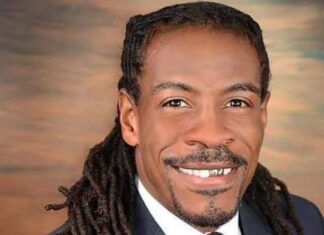 KAFTANPost - November 5, 2020
0
A Nigerian-American, Nnamdi Chukwuocha, has been elected to the Delaware House of Representatives in the United States. The Democrat emerged victorious to represent District 1...