In a release obtained by KaftanPost correspondent on Saturday, the Federal House of Representatives member representing Idanre/Ifedore Constituency of Ondo State, Tajudeen Adefisoye, had announced his defection from the Social Democratic Party (SDP) to a yet to be named party.

According to the press release which he titled,
“Imperativeness of Quitting Social Democratic Party”, the lawmaker narrated the events that has now necessitated his considerable choice of quitting the party; his words:

“The turn of events at the national level and Ondo State chapter of the Social Democratic Party have been as lamentable as depressing. Without denying the obvious, future of the political party seems to be very shaky, just as its survival appear to depend hopelessly on the likelihood of impeding barrage of intractable litigations.”

According to him, “Recent unpalatable experiences of some politicians in Nigerian political firmament have really shown that the lot of any political party that is irreconcilably split into different factions could indeed be far worse than the case of a husband that is married to an unfaithful wife.”

While emphasizing his inevitable decision of quitting the embattled SDP, he noted;

“It is necessary therefore to emphasize that the more the efforts being made to resolve the crisis in SDP, the deeper and wider the crises seem to become. It is however regrettable to state that for every crisis that was resolved in the party, two new ones had consistently surfaced.

“Of late, four different factions are laying claim to the soul of SDP in Ondo State while three factions are also fiercely struggling to control the party at the national level. As if these crisis were not enough, an individual has lately pronounced himself the National Chairman of SDP in a rather strange and incomprehensible manner.

“In the face of all these successively evolving crisis within the SDP, it is very much in doubt if any serious minded political actor could ever feel comfortable remaining a member of this crisis-ridden party. This is a party that has been moving from one court case on leadership to another. Here is also an imploding political outfit that is not even sure of the executives that are actually in-charge of the party affairs at the national and state levels. SDP is sadly a political party where a candidate could be sent packing on the eve of an election on the very likely ground of getting nominated by a wrong faction of the party.

“On the strength of the cloud of uncertainty that has enveloped the Social Democratic Party, it is only reasonable that I do not get myself entangled the more in the complicated web of crisis in the SDP. This a route that I had regretably traversed in the course of getting documented for the 2019 general election. My bad experience of having to sleep in an open space in Abuja, just to repurchase my nomination form that was sold to the candidate of another opposition party by the leaders of SDP still remains hurting.

“As things stand with the SDP today, the party has three National Chairmen and Two National Secretariats in Abuja. The party also has Two State Chairmen in Ondo State while the party is also enmeshed in several litigations in different courts across the country. It is however very doubtable if there could be any other political party in Nigeria that represents confusion and uncertainty more than the SDP.”

Adefisoye however let the cat out of the bag when he proceeded to say,
“Inasmuch as it was never in my plan to dump SDP, but the raging leadership crisis within the party has unfortunately left me with no other choice than to start considering the compulsive option of seeking political refuge elsewhere. This line of thought has honestly continue to call for deserved attention in order to save my political future from avoidable jeopardy.”

He ended the statement saying; “My sincere appreciation goes to our numerous supporters that have kept faith with us within and outside of Idanre/Ifedore Federal Constituency. These supporters have truly proven themselves as invaluable partners in progress and their faithful support will never be taken for granted. Let it be emphasized that this course of action has been well thought out to be in the overall best interest of our political Stability.”

In the meantime, Adefisoye had not announced the party he plans to decamp to. However, political sources close to the lawmaker had opined in separate conversations with our correspondent that he will be moving to the ruling All Progressive Congress (APC).

Meanwhile, it would be recalled that the lawmaker was one of the non-APC lawmakers who identified with and worked assiduously for the emergence of the APC flag bearer and governor of Ondo State in the just concluded October 20 governorship election in the State.

Some political observers had however projected since then that the lawmaker’s move to fully identify with the ruling APC was very imminent.

2023: Like Biden, I will be President of Nigeria – Tunde Bakare 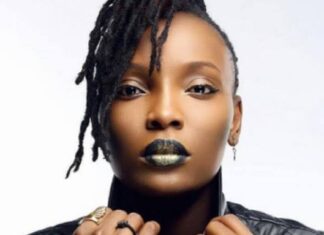 KAFTANPost - November 15, 2020
0
The Nigerian Army on Saturday denied reports that it was after Catherine Udeh, aka DJ Switch, over her involvement in the #EndSARS protest. Ibrahim Taiwo,...