The Lagos State government has secured the release of 253 suspected #EndSARS protesters from police facilities and correctional centres across the state.

The Office of the Public Defender (OPD), which confirmed the development in a statement on Saturday, said the suspects were released based on legal advice issued by the Office of the Lagos State Attorney-General and Commissioner for Justice, Moyosore Onigbanjo (SAN).

The attorney –general had exonerated the 253 suspects of wrongdoing during last month’s #EndSARS protests in the state.

The suspects’ release warrants, according to OPD, were obtained from Ogba and Yaba Magistrate Courts.

The statement read: “The Lagos State Office of the Public Defender would ensure that all suspects detained and exonerated by the Office of the State Attorney-General regain their freedom as OPD will visit all the police detention centres and correctional centres in the state to effect their release accordingly.”

#EndSARS: Lagos govt orders release of 253 suspects, prosecution of 92 others 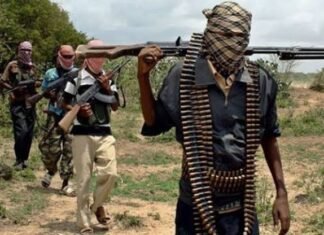 KAFTANPost - November 16, 2020
0
Governor of Katsina State, Aminu Masari, says natives of Zamfara State are responsible for the killings, kidnappings and other acts of banditry in his...

‘Evacuate us back home’ – Nigerian traders in Ghana beg FG