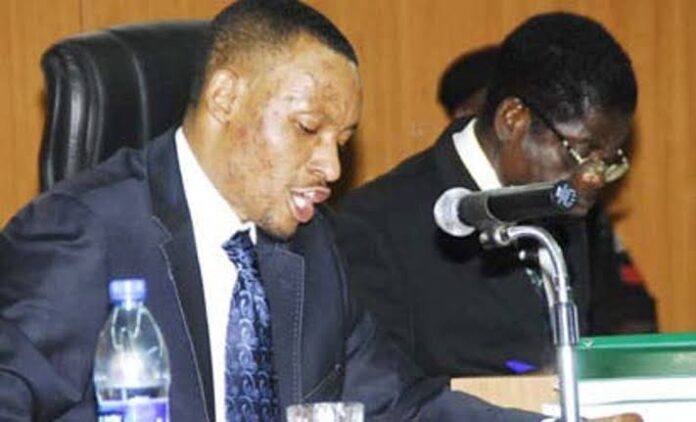 The Senate has directed its Committee on Ethics, Privileges and Public Petitions to probe the alleged assault on a security by the Chairman of the Code of Conduct Bureau, Danladi Umar.

The move comes almost a month after Umar was caught on video as he stepped out of his car at Banex Plaza, Wuse 2, Abuja, appearing to hit a security guard who had told him his vehicle was parked in the wrong space.

The 22-year security guard said the CCT boss slapped him several times and forced him to kneel down in the presence of everybody while undergoing his lawful activities.

The guard, identified as Clement Sargwak, therefore, through his representative in the upper legislative chamber, Istifanus Gyang, petitioned the CCT chairman.

Gyang, who is representing Plateau North, said his Sargwak took the step to ensure Justice is done on his case.

Following Gyang’s presentation before the red chamber, the Senate President, Ahmad Lawan, directed the Senate committee on ethics and public petitions headed by Ayo Akinyelure to investigate the matter and report back in four weeks.

The decision of the senate to investigate the matter was based on the fact that the petitioner has yet to seek legal intervention.