Seven people were allegedly killed by suspected bandits in a market at Maro village, Kajuru local government area of Kaduna state on Wednesday.

The incident was said to have happened about 6:00pm when the bandits invaded the market.

The attack comes less than 24 hours after over 20 people, including a family of 13, were reportedly killed by bandits in an onslaught on Bakali village, Fika district of Giwa local government area of the state.

The traders were said to be closing for the day’s business when the bandits, wearing military fatigues, arrived at the market and opened fire on them.

Narrating how the incident happened, Peter Joshua, president of the Adara Youth Congress (AYC), said the bandits came in a vehicle and were dressed in military uniform.

He said nobody suspected that they were killers because soldiers come around on patrol every market day.

“They came to the market around 6:00pm when people were closing for businesses,” he said.

“They came in a vehicle and they were dressed in camouflage.

“Normally, every market day, soldiers come to the market on patrol. So when they arrived, people thought they were the normal soldiers on patrol.

“Suddenly, they opened fire and seven people were killed on the spot while several others were injured.”

Muhammad Jalige, spokesman of the Kaduna state police command, did not respond to calls and text messages sent to his mobile phone for comment on the incident.

I will rule for 67 more years – Oluwo 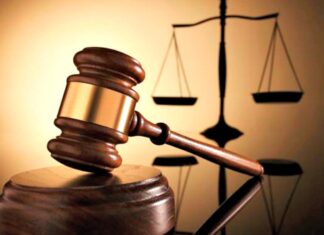 Edo: Ize-Iyamu congratulates Obaseki, urges him to return to APC