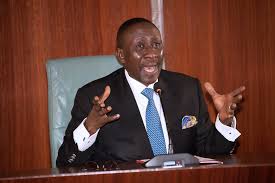 The National Security Adviser, Babagana Moguno, has warned those he described as troublemakers to behave themselves as the governorship election in Anambra State draws close.

He is believed to be referring to members of the Indigenous People of Biafra (IPOB) and other groups disturbing the peace of the region.

Monguno said this on Monday, during a meeting of the Special Inter-Agency Consultative Committee on Election Security, at the headquarters of the Independent National Electoral Commission (INEC), referring to the unrest the state has endured in the past weeks.

He said, “We want to offer brotherly advice to our brothers who want to destabilise the process to think again; we are all eager to achieve results that will be acceptable to everybody. I don’t think it will be right for anyone to ignite a crisis. Please, think again.

“The law enforcement agencies will not sit by idly and allow people to terrorise people, commit homicide. They have been told to watch out for these elements. I am appealing to you to stay in your wards and behave yourself. Anyone that wants to disrupt the process will be brought to book.”

Monguno added that security agents have been instructed to act within the confines of the law and with professionalism to ensure that the election goes on without a hitch.

“For those of us in security, we have already done what we are supposed to do. All security agencies have been told to conduct themselves well and exhibit the highest level of professionalism and restraint and operate within the confines of the law and not in any way that will jeopardise the exercise.

“We are going to ensure that the people of Anambra undergo this exercise without any incident,” he added. 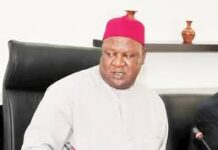 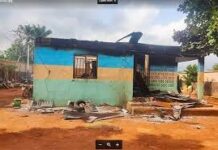 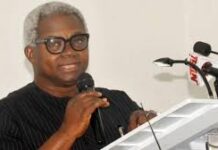