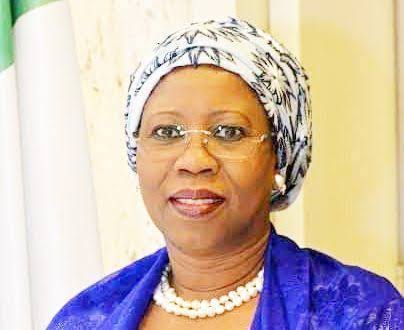 The Minister of State for Industry Trade and Investment, Ambassador Maryam Yalwaji Katagun, on Monday, slumped at an official function in Bauchi State.

The Minister, who was in the state to launch an empowerment programme, slumped when she tried to deliver her speech at the ceremony which had the Deputy Governor, Senator Baba Tela, in attendance.

She was immediately evacuated to the Trauma Center of the Abubakar Tafawa Balewa University Teaching Hospital (ATBU-TH).

“She just held her head and slumped suddenly while officials rushed her to the hospital immediately,” a witness was quoted to have said.