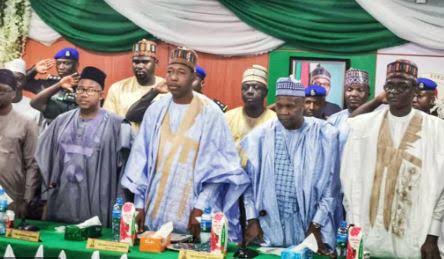 The North East Governors’ Forum has described the new trend of kidnapping in the region as worrisome.

Borno State Governor and Chairman of the forum Babagana Zulum stated this on Friday in his opening address at the meeting of the governors held at the Government House in Gombe.

In his words, “Since its establishment two years ago here in Gombe, the forum has become a formidable avenue for social cohesion and a rallying point for us in the North East to collectively discuss and identify our common challenges and proffer pragmatic and viable ways and means of addressing these challenges.

“As we have comprehensively articulated in our earlier meetings, the most prominent of these daunting challenges include insecurity – largely characterised by the Boko Haram insurgency, the issue of banditry and kidnapping which unfortunately is assuming a worrisome dimension, cattle rustling and other forms of criminality, as well as endemic socio-economic issues like youth restiveness, massive unemployment, and extreme poverty, among others.”

According to the Borno governor, the Boko Haram trend is gradually fizzling away due to some deliberate steps informed by credible intelligence that some of the fighters are contemplating repentance and surrender

He explained that the governors took advantage of the death of the terrorists’ leader, Abubakar Shakau, to adopt a non-kinetic policy of ending the insurgency by encouraging and incentivising remorseful fighters.

The governor stated that while the non-kinetic approach was successful and led to the surrendering of thousands of terrorists, there was a need to take the fight to the unrepentant ones.

He regretted that the people of the region have just begun to heave a sigh of relief after the more than a decade-long insurgency, just for kidnapping to become the new choice of business for criminals.

“There is a compelling need for us to take a more critical look at the emergent issue of kidnapping, which has become a crime of choice for criminals, and is becoming rampant and widespread,” said Zulum.

“It is, therefore, a matter of strategic necessity to essentialise the issue of kidnapping and come up with implementable measures to deal with this element of criminality before it is too late. In this respect, we will obviously be guided by our respective attorneys-general, who should initiate the appropriate legal framework to deal with the problem.” 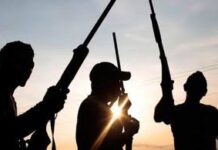 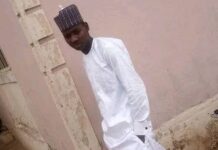