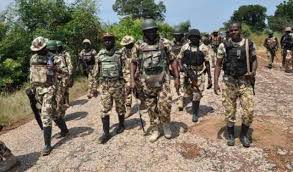 The Defence Headquarters says operatives have neutralized 25 terrorists, while 377 of them and their family members surrendered within the last 3 weeks in the North – East.

Noting that troops of Operation Hadin Kai within the period under review conducted kinetic and non-kinetic operations in the mountains, villages in Borno state, Maiduguri metropolis and some parts of Adamawa state with significant results, he equally disclosed that troops also arrested 18 terrorists and rescued 47 adopted civilians, among other notable achievements in the zone.

He also disclosed that large cache of arms and ammunition, as well as cash, among other things were equally recovered from the terrorists.

In his words, “Troop of Operation HADIN KAI have sustained and continued to dominate their general areas of operation. Operational activities were conducted in villages, forest, mountains, towns and cities of Bama, Gwoza, Konduga, Mafa, Monguno, Biu, Kukawa, Damboa, Ngala, Nganzai, Tarmuwa and Magumeri Local Government Areas as well as Maiduguri metropolitan city of Borno State. Operations were also conducted at Nguru, Karasuwa and Gujba Local Government Areas of Yobe State as well as Madagali and Song Local Government Areas of Adamawa State in the North East region of the country geared toward denying Boko Haram Terrorist/Islamic State of West Africa Province and their other criminal elements freedom of actions and restore normalcy to the zone. Between 23 and 30 December 2022, troops on fighting patrols, ambushed Boko Haram Terrorist/Islamic State of West Africa Province terrorists at different locations within the theatre of operation. During the encounter with the terrorists at Kwatara village in Gwoza Local Government Area of Borno State, following the fire fight troops neutralized 5 terrorists while their admin leader at Guduf identified as Umate Usman was captured with gunshot wounds.

“Equally, the air component of Operation HADIN KAI conducted series of air interdiction operations at terrorists hideout, enclaves and camps. Notably, on 22 December 2022, an air interdiction operation was conducted at terrorists enclaves at Suwa, Arina Woje and Amchile in Marte Local Government Area of Borno State. The battle damage assessment revealed that several terrorists were neutralized with their structures destroyed in the strikes.”

He added,”In related development the air component of Operation HADIN KAI conducted air interdiction operation at Mazuri in Southern Lake Chad region and Gabchari located in Gazuwa area of Borno State on the 7 January 2023. The air interdiction operation was conducted base on credible intelligence that revealed that good a numbers of terrorists had relocated to the area following recent flooding of the Tunbuns in the Lake and the current infighting between the terrorist factions. Consequently, the location was bombarded and feedback revealed that scores of the terrorists were neutralized with all their structure destroyed. Similar operation was also carried out at Gabchari located in Gezuwa area following credible information that the location was a Boko Haram hideout. Information revealed that some terrorists who survived the air strikes at Mantari on 20 December 2022 were receiving medical treatment at the location. Accordingly, the location was equally bombarded with confirmed information that several of the terrorists were neutralized in the strikes while their facilities were also destroyed.” 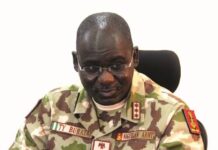 How I confronted insurgency as COAS – Buratai 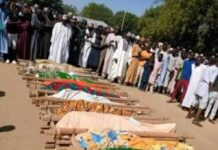 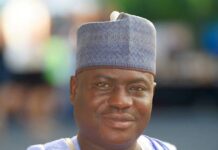