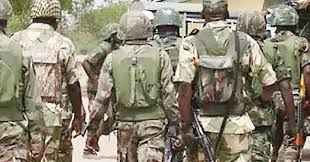 The Nigerian Army has said that troops of 25 Task Force Brigade repelled terrorists attack on Damboa town in Borno State on Sunday.

The troops overpowered the terrorists in a gun battle, forcing them to flee.

This was disclosed in a statement by Army Director of Public Relations, Onyema Nwachukwu, on Monday, which reveal that two vehicles belonging to the Civilian Joint Task Force were razed during the gun duel.

He added that the troops are currently on the trail of the fleeing terrorists.

It read, “Troops of 25 Task Force Brigade Operation Hadin Kai in the North East have quelled a dawn attack attempted on Damboa town in the early hours of Sunday 8 August 21 by Boko Haram and Islamic State of West Africa Province terrorists.

“The criminals made a futile effort to infiltrate the town but were met with a heavy volume of fire from the vigilant troops.

“While attempting to infiltrate the town with unconfirmed numbers of foot soldiers and some mounted on motorcycles, the terrorists suffered debilitating gunshot wounds from troops’ fire, forcing them to beat the retreat in disarray.

“The troops are currently on the trail of the fleeing terrorists. Unfortunately, in the exchange of fire that ensued, two vehicles belonging to the Civilian Joint Task Force were razed by fire.

“The troops of Operation Hadin Kai have been commended for their vigilance and swift response in quelling the attack. They are also encouraged not to allow any form of distraction from the marauding terrorists, whose ranks have suffered enormous depletion in manpower as a result of ongoing air and artillery bombardments.” 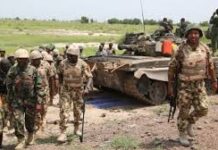 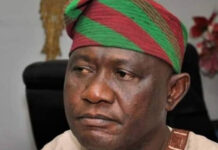 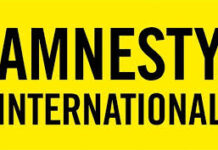