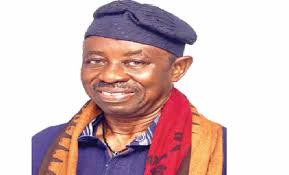  Three Nigerians have made The Academy of Motion Picture, Arts and Sciences newly released diverse list of 842 members.

The Academy, popularly known as the Oscars, made visibly improved racial and gender considerations in the 2019 list that tops the 2018 list. News Agency of Nigeria (NAN) reports that 50 percent of the new members are women and 29 percent are people of colour.

NAN also reports that the three Nigerians include the iconic Tunde Kelani for directing, the talented Adewale Akinnuoye-Agbaje for acting and the fast-rising Chinonye Chukwu for writing.

Kelani is one of Nigeria’s most acclaimed directors, known for classics like ‘Thunderbolt: Magun’, ‘Saworoide’, ‘Agogo Eewo’, and ‘Dazzling Mirage’.

He is currently working on the film adaptation of Wole Soyinka’s award-winning novel, ‘The Lion and the Jewel’.

Akinnuoye-Agbaje has been on a steady rise, standing out in films and TV shows like ‘The Bourne Identity’, ‘Thor: The Dark World’, ‘Suicide Squad’ and ‘Game of Thrones”.

In 2018, he made his directorial debut at TIFF with the auto-biographical ‘Farming’.

Chukwu is the first black woman to win the Sundance Film Festival’s biggest prize for her movie, ‘Clemency’. She is also set to direct the film adaptation of former Black Panther Party chairwoman, Elaine Brown’s memoir, ‘A Taste of Power’.

Coronavirus in Africa: Contained or unrecorded?