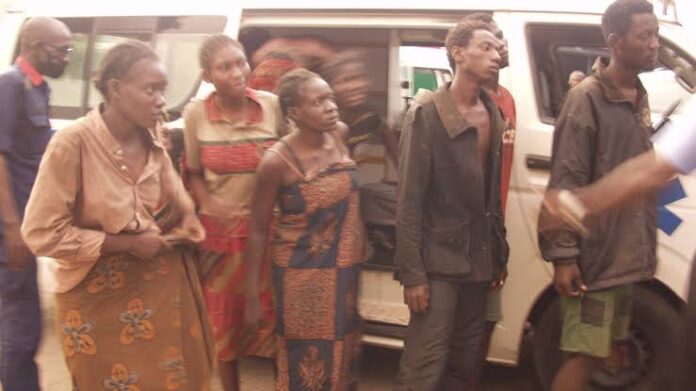 The whereabouts of two abducted students of the Federal College of Forestry Mechanisation, Afaka, in Igabi Local Government Area is still unknown, Kaftan Post has learnt.

Contrary to reports, our sources revealed that 27 students (not 29) were freed by bandits on Wednesday.

Recall that on March 11, 2021, bandits invaded the school located in Afaka along the Kaduna International Airport road and abducted 39 students.

The bandits demanded N500m as a ransom for their release.

Ten of the 39 students were subsequently released in two batches of five each.

It was learnt that the release was facilitated by the Sheikh Abubakar Gumi dialogue committee with support from former President Olusegun Obasanjo.

However, according to reports, on the day the students were abducted, two out of the 39 escaped.

KaftanPost further gathered that in order not to put the lives of the remaining abducted students in danger, it was decided that nothing should be said about the two students that escaped.

Aruwan said, “The Kaduna State Police Command has reported to the Kaduna State Government, the release of the remaining students of the Federal College of Forestry Mechanisation.

“The government rejoices with the freed students, their families and the management of the institution over this development.

“Governor Nasir El-Rufai charged them to view their ordeal as a motivator to put the past behind and work hard towards a happier and successful future ahead.”

The students were seen at the state police command with the Commissioner of Police, Umar Muri.

They looked weak and were later taken to an undisclosed hospital for medical evaluation.