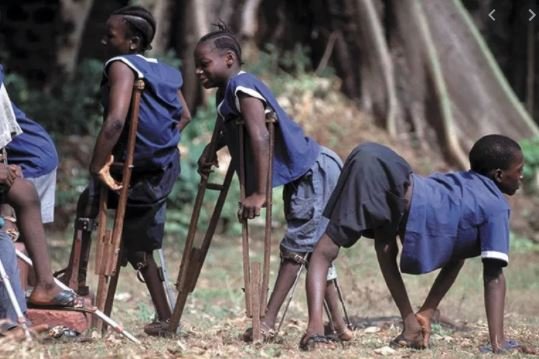 “Polio is not a death sentence,” she told Reuters, smiling.

Thousands of people across Africa still live with the effects of the disease, but on Tuesday, the independent Africa Regional Certification Commission (ARCC) for Polio Eradication declared the region free of endemic wild polio, four years after the last case was recorded in Nigeria.

The certification announced during a World Health Organization (WHO) event, confirmed that all 47 countries in the WHO’s Africa region have eradicated the crippling viral disease that attacks the nervous system and can cause irreversible paralysis within hours.

Children under five are the most vulnerable, but people can be fully protected with preventative vaccines.

To keep the virus at bay, population immunisation coverage rates must be high and constant surveillance is crucial.

The last case in Africa was recorded in 2016 in Nigeria’s northeastern Borno state, which has been ravaged by the Islamist militant Boko Haram insurgency since 2009.

A Nigerian anti-polio coordinator for Rotary International, Tunji Funsho, said one way the disease was stamped out in Borno was to use the military and a government-approved militia to escort vaccinators in unsafe areas.

Globally, wild polio case numbers have been cut drastically due to national and regional immunisation for babies and children. The disease remains endemic in Afghanistan and Pakistan, however.

“There’s nothing that prevents the virus from making the route from Pakistan and Afghanistan to Africa,” he said.

‘INSIDE I WOULD CRY’

Ijigbamigbe, who is based in Nigeria’s commercial capital Lagos, looks back on a childhood that was blighted by the emotional pain of wearing over-sized clothes to hide her difficulty walking.

“I was… trying to mask my emotions so that whatever you say does not get to me. But inside… I would cry,” she recalls, she pronounced limp hinting at her condition.

The WHO estimates that 1.8 million children have been saved from life-long paralysis from wild polio.

Yet despite Tuesday’s announcement, a vaccine-derived strain of the disease – which can infect people where there is only partial vaccination and results in the same symptoms as the wild form – continues to circulate in Africa.

“We must stay vigilant and keep up vaccination rates to avert a resurgence of the wild poliovirus and address the continued threat of vaccine-derived polio,” said Dr Matshidiso Moeti, WHO Regional Director for Africa.

Vaccine-derived poliovirus cases can occur when the weakened live virus in the oral polio vaccine passes among under-immunized populations and eventually changes to a form that can cause paralysis.

Speaking after refereeing a soccer game played by polio survivors sitting on wheeled boards and propelled by their arms, Yusuf said he looked forward to an end to all polio one day.

“We are affected. We don’t expect our children and our younger ones to follow the same route.” 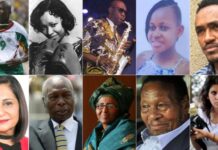 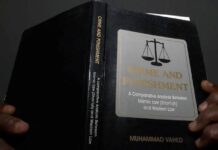 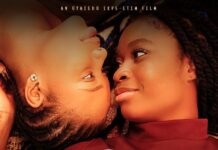 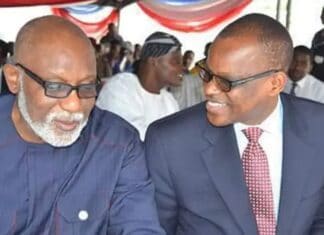