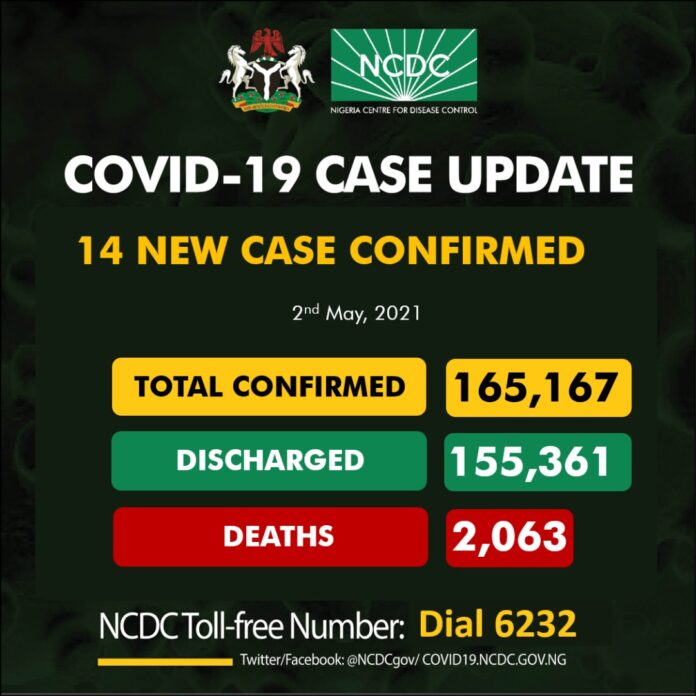 On the same the Federal Government issued a new travel advisory, Nigeria, on Sunday, recorded 14 fresh cases of coronavirus.

The Nigeria Centre for Disease Control (NCDC),  which announced this via Twitter, also confirmed the country’s tally as 165,167.

According to the agency, the fresh cases were recorded in six states and the Federal Capital Territory.

Osun, Ogun and Kaduna states had three cases apiece, Akwa Ibom recorded two while Abia, FCT and Kwara had one each.

The NCDC also revealed that 252 patients were discharged, taking the total recoveries to 155,362.

Recall that the Presidential Steering Committee (PSC) on COVID-19, had in a statement on Sunday, issued a temporary ban on non-Nigerian passengers who have been in Brazil, India or Turkey within 14 days of intended arrival into the country.

“These precautionary measures are a necessary step to minimise the risk of a surge in COVID-19 cases introduced to Nigeria from other countries,” the statement said.

Nigerians and permanent residents who have been in those countries in the last 14 days will have to undergo mandatory quarantine for a week in a government-approved facility on arrival, it said.

All passengers arriving in the country will now have to show a negative Covid test taken within 72 hours of travel rather than the previous 96-hour period. 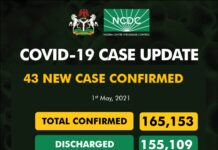 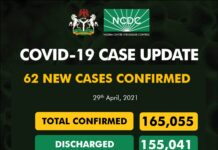 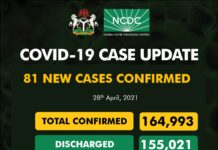