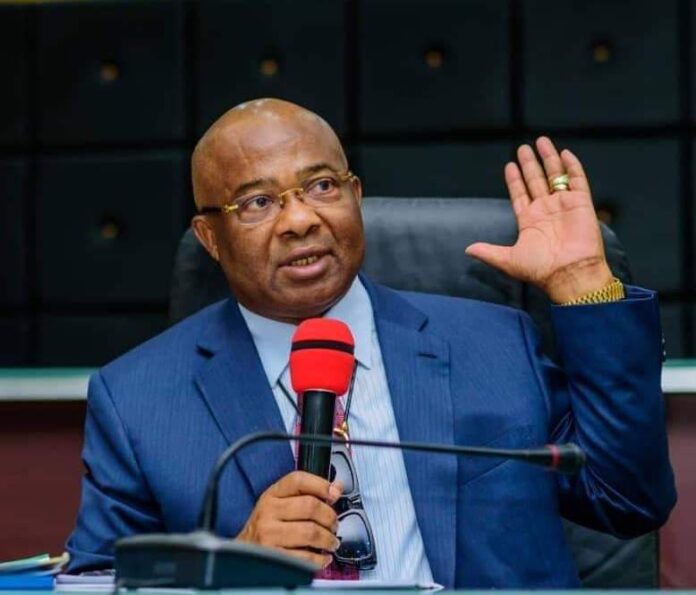 GOVERNOR of Imo State, Senator Hope Uzodinma, has called on the ruling All Progressives Congress and the main opposition party, the Peoples Democratic Party (PDP), to both zone their presidential tickets to the South-East region.

Uzodinma, who said this while speaking to journalists in Lagos, yesterday, noted that such will be in the spirit of fairness, equity and justice.

The Governor’s call is not new.

Senator Orji Uzor Kalu has also called for the two major political parties to zone their tickets to the region in order to give it a chance of producing a President in 2023.

Uzodinma, however, stated that such a move was taken in 1999 when the presidency was zoned to the South-West region in order to pacify the region over the annulment of June 12, 1993, presidential election won by the late Chief MKO Abiola.

He noted that such treatment should be given to the South-East as it is yet to produce a President.

Uzodinma said: “We practise partisan democracy in Nigeria, and you get to power through political parties.

“As of now, no party has selected its presidential candidate. What is utmost in the mind of every political party is to win the election.

“No party will throw the opportunity away. The South-East needs the presidency but we can’t do it alone. We need the support of other zones.

“In 1999, the two political parties, the PDP, and All Peoples Party/Alliance for Democracy APP/AD through internal mechanism chose their candidates from the South-West so that head or tail the winner of the presidential election would come from the South-West.

“It was done to assuage the zone.

“The situation is repeating itself and many Nigerians are in support of the presidency going to the South-East.

“Let the two major political parties — APC and PDP — pick their candidates from the South-East so that justice will be seen to have been done.”