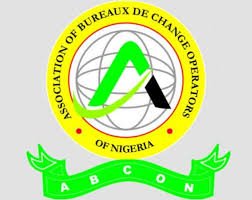 The Association of Bureaux De Change Operators of Nigeria (ABCON) has alerted the public over ongoing security investigation on $100 bills being imported from India into the Country.

The ABCON President, Alhaji (Dr) Aminu Gwadabe, who disclosed the development to financial journalists in Lagos after the group’s National Executive Council (NEC) Meeting said the $100 bill is majorly counterfeited because of huge profit margins that come with it.

He said some of the fraudsters objective is not only to make profit, but  to undermine Nigeria chances for automatic membership of the Financial Action Task Force (FATF) after assessment of the country’s  financial system scheduled for the first quarter of this year.

The ABCON boss said the issue of fake dollar in circulation has been observed and reported at the relevant security agencies, adding that the ABCON, has in the interest of the economy and Bureaux De Change (BDCs) businesses, secured Central Bank of Nigeria (CBN) and Economic and Financial Crimes Commission (EFCC) backing to begin nationwide campaign against fake currencies in the country.

He said rising cases of fake currencies in circulation has led to huge losses to BDC operators and the economy.

Gwadabe said that ABCON, is educating the public on how to identify fake dollar bills in order to protect the image of the country in the eyes of foreign investors.

“It is part of our objectives which in enshrined on our constitution as an association to eliminate the incidences of fake currencies circulation thereby enhancing the image of the country and transparency in our operations,” he said.

“The weight of each bill is one gram, 2.61 inches wide and 6.14 inches  length. It is 75 per cent cotton and 25 per cent linen. Your finger can feel thickness and texture. Besides, the portrait water mark is partly overlapped by the Treasury seal, while the $100 bill is printed on the right side of the bill. The strip is thin, faint and runs vertically from top to bottom to the left of the watermark portrait. Also, the 3D security ribbon, also called the thread,  is bright blue and vertical on the bill,” he said.

He added that the dollar bill undergoes micro printing, which is the production of recognizable patterns or characters in the bill at a scale that requires magnification to read with the naked eye. To the unaided eye, the text may appear as a solid line.

He said that currency commonly exhibits the highest quality (smallest size) of microprint because it demands the highest level of counterfeiting deterrence.

Gwadabe said the BDCs have over the years, remained a potent monetary policy tool for exchange rate stability and promoting transparent foreign exchange operations in the country.

“The BDCs have helped the government in creating over 30,000 jobs, thereby reducing the unemployment rate in Nigeria. The BDCs have continued to make foreign exchange available to the critical retail end users thereby deepening forex access in the country. This campaign against fake dollar is aimed at ensuring that forex users get value for their money,” he said.

He however said that BDCs have also been enhancing price discovery and transparency in the foreign exchange market.

“The operations of BDCs have also raised the level of investors’ confidence and diaspora remittances in the country. The BDCs under my leadership will continue to operate within set regulations and highest level of transparency in forex dealings,” he stated. 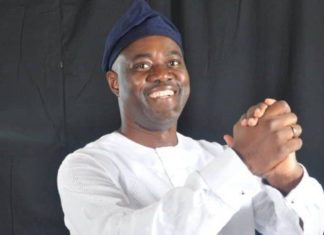 KAFTANPost - April 6, 2020
0
Oyo State Governor, Seyi Makinde, says he has tested negative for the coronavirus (COVID-19) in a second test and promised to resume work on...

Victor Olaiya: Serenading the elders and elite on earth and in...