The celebration coincides with the release of an independent panel report that cleared him of corruption charges.

In a message posted on Twitter, the 60-year-old said “marrying my wife, Grace (Yemisi) is the best decision I made in my life.”

The US, one of AfDB’s biggest shareholders, insisted on a new inquiry in April after an internal review cleared Mr Adesina.

Whistleblowers had accused the Nigerian of giving contracts to friends and appointing relatives at the bank.

Adesina is set to be re-elected for another five-year term in August.

He had denied accusations against him, saying they were “attempts by some to tarnish” his reputation.

Adesina and his wife have two children Rotimi and Segun. 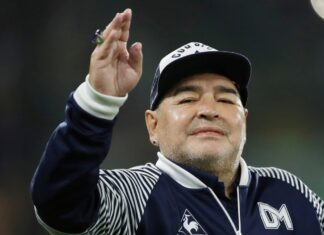 KAFTANPost - November 25, 2020
0
Argentinian football legend and winner of the 1986 World Cup, Diego Maradona, has passed away at home in Tigre after suffering a heart attack,...