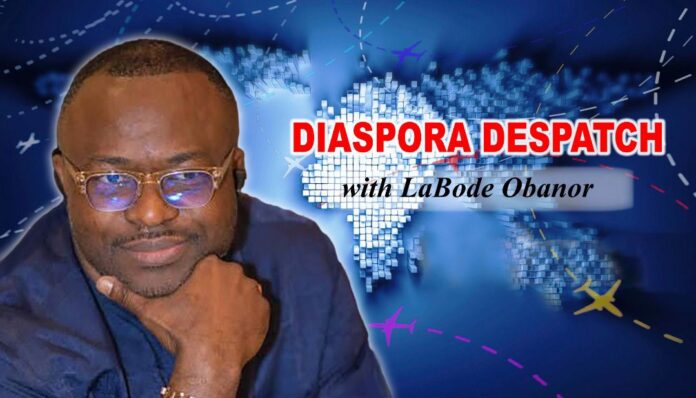 The Nigerian presidential campaign reached a new bottom this week when disturbing news surfaced that 2 of the front runners in the 2023 presidential election are reportedly throwing disturbing accusations and insults at each other.

These were not the usual campaign political mudslinging aimed to derail an opponent; no, these are serious offenses that warrant investigation and probably disqualification from elected office if law enforcement does its job.

First, it was the All Progressive Congress (APC) flag bearer, Mr. Asiwaju Bola Tinubu, who threw the first punch. He reportedly asked security agencies in the country to invite or arrest, interrogate, and prosecute Alhaji Atiku Abubakar, his principal opponent, over what he described as #AtikuGate.

In an audio ostensibly made by one Michael Achimugu, Atiku was heard admitting that while serving as deputy to Obasanjo between 1999 and 2007, he founded the SPVs (Special Purpose Vehicles) designed for the sole purpose of “carrying out certain activities” in a deceitful bid to avoid being linked to corruption.

According to Tinubu, Atiku plotted with his boss, former president Olusegun Obasanjo to operate an illegal account in a veiled criminal conspiracy to defraud the Nigerian government. He demanded the arrest of Atiku, saying, “the former vice president does not enjoy immunity simply because he is a presidential candidate.”

Responding swiftly to Tinubu’s charges, Alhaji Atiku Abubakar of the People’s Democratic Party (PDP) returned fire through his acolytes, Kola Ologbondiyan and Debo Ologunagba. They called Tinubu’s accusations “diversionary and irresponsible” and described him as a traitor and a convict who had no business running for president.

First, the Atiku campaign demanded the immediate arrest and questioning of Tinubu for his alleged formation of a uniformed gang of thugs code-named “Jagaban Army” formed to commit an electoral heist. Ologbondiyan, in his statement, added that the “Jagaban Army” or “Jagabandits” is “a treasonable act because it’s apparent formation was meant to disrupt the 2023 general elections and raid polling units for votes on behalf of Bola Ahmed Tinubu” and which its invention is an “apparent affront to the Nigeria Armed Forces and other security agencies as well as an assault on the sovereignty of our nation.” He said.

Then, Ologunagba, the publicity secretary, jumped on: “It is indeed ironic that an embattled Tinubu, who is beleaguered by uncountable cases of fraudulent activities, including perjury, forgery, treasury looting, corruption, and narcotic-related conviction, can attempt to impugn on the unimpeachable integrity of the PDP Presidential Candidate.”

On and on, the two campaigns traded scandalous allegations about the other turning the presidential race into a dirty schoolyard duel of desperadoes hell-bent on becoming Nigeria’s president by hook or crook.

However, if these allegations from both camps are mudslinging typical of campaigns during election circles, or if the accusations aren’t true, we might dismiss it as the usual dirty politics or smear campaign that made many detest politics, except that it is not.

The criminal allegations directed by the campaigns at each other are indeed true. And the facts are undeniable.

It is actions and behaviors like this that election observers have called poll rigging comprising ballot snatching and carting away, usually seen in previous elections.

Not only are the above allegations against these two frontrunners offensive, but they are also severe enough to warrant disqualification from seeking the sacred office of the presidency.

For these reasons, the dueling APC and PDP flagbearers cannot be trusted with the keys to Aso Rock and our treasury.

Both are manifestly unfit to serve in the highest office of the land.

Now, as they try to outdo themselves by exposing their corruption or who can score more points by painting the other as more corrupt, we must not fail to mention the real victim of this political ruckus—the Nigerian people. Left to pick from a pot of unsavory septuagenarians, which very much include the “bad and the ugly” of the Nigerian political class.

As Nigerians go to the polls in about 30 days, they must be aware that other candidates are in the pot to choose from. They must also know they do not have to hold their noses to cast their ballot or swallow the bitter pills of picking from any of these two candidates fronted by the APC and the PDP. In this 2023 election they have a clear choice of others who do not carry the odious stench of corruption or who have not wrapped themselves up with the blanket shame, fraud, and criminality.

This is not a situation where all are corrupt as evidenced in past election; therefore, they must filter out these two and then painstakingly pick from the rest.

Because this election is a defining moment for Nigeria, the electorate has a solemn duty to pick wisely. 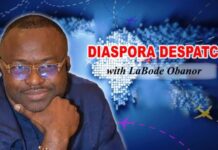 2022 FIFA World Cup, Qatar, and the West: The dance of the hypocrites

Here we go again! The real reason why Donald Trump enters the ring for another fight