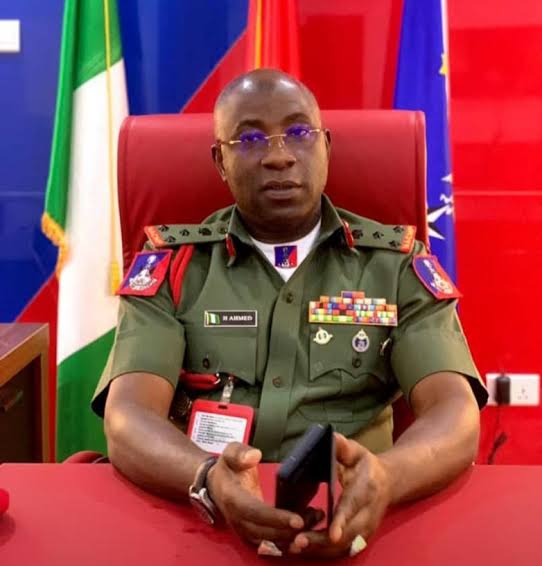 Some armed men have killed a Major General of the Nigerian Army, Hassan Ahmed, in an attack in Abuja.

Ahmed, who was recently appointed a Director at the Army Headquarters, was shot dead in Abaji area of the Federal Capital Territory on Thursday night.

According to a family member, the deceased was returning to his hometown in Okene, Kogi State, when he ran into an ambush by the assailants who opened fire.

In a statement by Army spokesman, Brig. Gen. Onyema Nwachukwu, who confirmed the incident, the Chief of Army Staff, Lt. Gen. Farouk Yahaya, has already sent a delegation to condole with the victim’s family.

Nwachukwu stated that members of the Nigerian Army Officers’ Wives Association (NAOWA) led by the Deputy National President, Stella Omozoje, have also visited the family to condole with them.

”The sad incident occurred when the senior officer’s vehicle was attacked by gunmen while transiting along Lokoja-Abuja road yesterday, 15 July, 2021.

”A delegation from the Army Headquarters led by the Chief of Policy and Plans (Army) Maj.-Gen. Anthony Omozoje, has visited the widow and other members of the bereaved family.

”Members of the Nigerian Army Officers’ Wives Association (NAOWA) led by the Deputy National President, Mrs Stella Omozoje have also visited the family to condole with them,” he said.

The statement adds that the remains of the late senior officer will be buried at the Lungi Barracks Cemetery, Abuja by 10am on Friday. 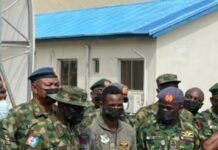 How pilot survived crash after bandits’ attack in Zamfara — NAF 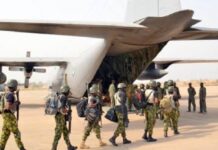