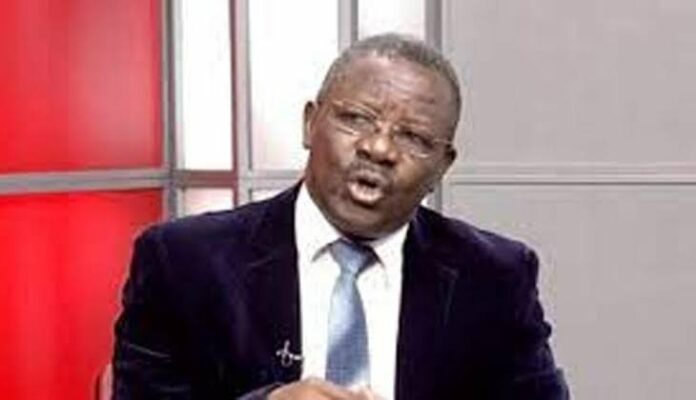 Commodore Kunle Olawunmi (retd) on Tuesday honoured an invitation from the Defence Headquarters (DHQ) over his interview on Channels Television.

Olawunmi had said in the interview that some persons who were accused of having ties with terrorists, while he was in active service, are part of the Buhari administration.

According to him, some of them are lawmakers while some are in Aso Rock.

The former Navy commander arrived at the agency’s office in the company of his lawyers Femi Falana and Abubakar Marshall.

The DHQ had over the weekend refuted the allegation that the Defence Intelligence Agency (DIA) had ordered Olawunmi’s arrest.

Sawyerr described the report by an online medium as scandalous and a malicious publication insinuating that the DIA had ordered the arrest of Olawunmi, for sharing his views on matters of defence and national security.

According to him, it was gratifying to state that the retired military officer, who is on the military reserve list, was only invited via SMS and voice by DIA.