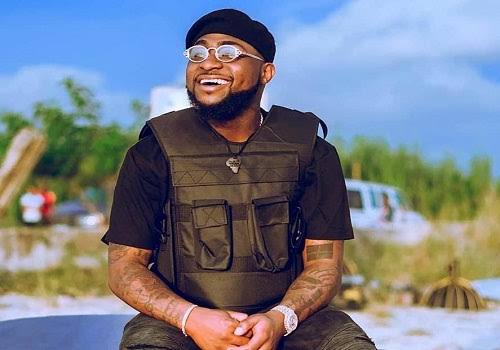 It’s no news that a few Nigerian celebrities have taken on the new trend set by afrobeat singer, Davido, in the last few days.

Recall that Davido had posted his account details on social media requesting a donation of N1m from his fans, friends and business associates.

This has yielded close to N200 million according to the artiste’s IG story.

Some celebrities have decided to hop on the trend to either test their fans’ loyalty or use the opportunity to garner some money for themselves.

Here are five celebrities who have asked for donations after Davido:

Don Jazzy
The ever jovial music guru took to his Instagram to post a video where he was seen laughing, giggling and asking his fans to come through for him as his birthday also draws near.

He said, “David, God bless you. My birthday is five days after your own… ”

Yul Edochie
The Presidential aspirant and actor, Yul Edochie, has followed suit with the trend. He thanked Davido for the opportunity, stating that he needs funds with his election processing.

He said, “Thank you to Davido for proving it’s possible. I’ve always said it. The biggest challenge facing every youth presidential candidate is funding.

“Elections are won with billions. With crowd funding, we can raise enough money to kick start our campaign and win.”

He then went further to drop his account details, urging his fans to follow through with a proof of their payment sent to him.

Psquare
Peter and Paul Okoye, who recently reunited after long years of feud, have pleaded with their fans to support them with donations.

According to them, it’s a challenge to prove that two heads are better than one.

They posted it on their respective social media pages.

In their posts, they wrote, “Starting from Obi Cubana, and Jude Okoye, even Davido, let’s show Davido that two heads are better than one… Everything na double double.

“To all psquare fans and well wishers…” their account details followed.

Mercy Eke
BBNaija PepperDem season winner, Mercy Eke, also decided to use the opportunity to get funds from her fans.

She wrote, “My people una no go surprise your girl???” She went ahead to post her account details.

She wrote, “Abeg I no go ask for 1 million. My own friends and lover should just send 5k to their account and tag me. It will surely be appreciated… Love you guys.”

She has since been pasting screenshots of alerts on her page.

Kunle Remi
Actor Remi, who is best known for his Tiktok videos, also challenged his fans.

According to him, his fans should repay him with money donations if he (Kunle) has made them laugh over the time he began his funny videos.

He wrote, “If I have made you laugh at my Tik Tok at all at all, send me money. You cannot unlaugh all the laughs o.” He has posted screenshots of alerts as well.

Other celebrities include BBNaija’s Pere, actress Toni Tones, Comedian Arole and many more.