Edo State Governor, Godwin Obaseki, has appealed to the state Commissioner of Police, Johnson Kokumo, to plead with his officials to return to their duty posts.

He made the appeal against the backdrop of the increasing crime wave in Benin and other parts of the state.

Edo State witnessed one of the most devastating effects of the #EndSARS protest with two jailbreaks in Benin in which over 1,993 prison inmates escaped including over 150 hardened prisoners that had either been sentenced to death or doing life imprisonment.

Mr Obaseki said this on Monday when he visited the command.

He said their absence on the roads and some conspicuous places in the state could easily be exploited by hoodlums to commit crimes.

The governor said he has ordered for patrol vans to be supplied and given to the police to aid their operations in the state while the medical bills of the injured officers would also be taken care of by the government. He said he would rebuild the burnt police stations.

“Edo State government will now proceed immediately to begin to rebuild your destroyed building. We already ordered some patrol vehicles and we hope it will be delivered in the next few weeks. We will be responsible for the hospital bills of every officer who has been hurt in the last few weeks.”

The governor vowed that the inmates who escaped will not celebrate Christmas with other citizens of the state and that they will certainly be recaptured.

He said those “who saw the prison gates flung open and chose to stay back, their cases will be reviewed.”

I didn’t order soldiers to kill Igbos in Oyigbo – Wike 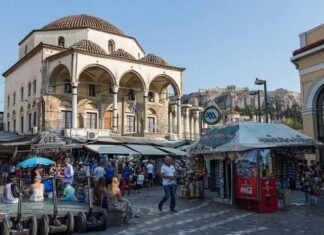 webmsater - November 3, 2020
0
The first Mosque in the Greek capital, Athens, opened after 14 years of wrangling and bureaucratic delays, local media reported on Tuesday. Held amid coronavirus...