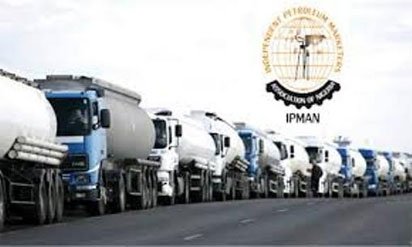 The Federal Government has disclosed that sometimes borrows funds to buy petrol as the country continues to incur rising fuel subsidy bills.

The government also confirmed that there was a possibility of global economic recession this year, but stressed that Nigeria’s foreign exchange reserves were healthy enough to withstand the shocks.

In the interview, monitored by PUNCH correspondent in Abuja on Monday, the minister also stated that the Federal Government at some point had to borrow funds to buy Premium Motor Spirit, popularly called petrol, despite the huge subsidy spending on the commodity.

Ahmed again insisted on ending the fuel subsidy regime, while adding that would be done gradually from the second quarter of this year by the current government.

She said the government would be able to increase the revenue performance on the 2022 figure, as well as reduce the debt service to revenue ratio.

“We also have to exit fuel subsidy, because that is also a very significant contributory factor. You can look at it in two ways – it is revenue that would have come to the government but it doesn’t because it has been spent on fuel subsidy,” she said.

Explaining why the fuel subsidy was not removed in June 2022 despite the plan of the government to halt it at the time, Ahmed said it was a decision that was taken by the government due to the lingering impact of the COVID-19 pandemic and heightened inflation.

“Removal of fuel subsidy at that time would have increased the burden on the citizens, and the President does not want to contemplate a situation where measures are taken that further burdens the citizenry,” she stated.

Ahmed added, “So the decision was to extend the period from June 2022 to 18 months, beginning from January 2022. So in June 2023, we should be able to exit. The good thing is that we hear a consistent message that everybody is saying this thing needs to go and that it is not serving the majority of Nigerians.

“I listened to some of the new leaders campaigning for the next round of leadership in the country and they are saying they will get rid of it very quickly.”

Asked whether it would be possible to halt the fuel subsidy regime in June this year, Ahmed replied, “What will be safer is for the current administration, maybe at the beginning of the second quarter, to start removing the fuel subsidy.”

This, she said, was because the gradual removal of subsidy would not be so harsh, as when removed at once.

“The idea for us in the budget is that the cost of subsidy should not exceed that N3.23tn. So whether it is done completely by June or July or whatever is the process, the cost is capped,” Ahmed stated.

She further stated that the ambitious N10tn revenue target of the Federal Government, as projected in the 2023 budget, would be met, based on various measures that had been put in place.

Commenting on the possibility of a global economic recession, she said, “Clearly there is going to be a decline in growth. And why we are having this decline in growth because of the sustained economic impact of the COVID-19 pandemic.

“We’ve seen the resurgence of COVID-19 in some developed economies, especially China, and also the effect of the Russia-Ukraine war that is having a global impact.

“The quantitative easing that is being implemented by central banks across the world also contributes to the high cost of interest, resulting in the high inflation rate, and which means people’s spending power is weakened. So these are all indications that there will be a global recession.”

The minister was made to understand that in 2008 when there was a global recession, Nigeria’s foreign exchange reserves were in excess of $60bn and the country was able to withstand the impact of that recession.

When asked if the country would be able to withstand another recession this year, going by its current reserves, Ahmed replied in the affirmative.

She said, “It is true that’s our reserves during the first global recession. Our reserves are now down to $34bn, and that is still a healthy level. It means we are able to meet at least six months of imports and other expenses into the country.

“It means we can withstand another global shock if we are able to carry through a coordinated response between the monetary, fiscal as well as trade authorities. We have learnt a lot from the experience that we went through during the COVID and it shows that when we plan well we can actually withstand the shocks.

“You’ll recall that Nigeria’s economy did go into recession during the COVID but it was a short-lived one because of that coordinated response, which had not just government, but also the private sector contributing to the effort.”

She added, “Also, at that time we were able to scale back on some categories of government spending to enable us to invest more in the healthcare sector. So with the right policies we can weather another global recession.”

Reacting to concerns that the Federal Government’s revenue projection of over N10tn for 2023 was too optimistic, Ahmed stated that a lot of measures were on the ground to realise this target.

She said, “I will say that if you look at the numbers, the performance of the 2022 budget, you will see that the oil and gas sector contribution was about 35 per cent, while the non-oil sector had the largest contribution.

“So there are some foundational measures that have been taken that have enabled the non-oil sector revenue to grow on a consistent basis, and not just by a little number, but a quite significant number.”

Ahmed further pointed out that the oil sector’s contribution which was minimal in 2022 was looking good to pick up in 2023.

“The measures that the government has taken, a combined effort of security and intelligence agencies’ work, have resulted in improving production in the oil and gas sector, and it looks like it would continue,” she stated.

The minister added, “Most of the fields that were previously not producing at the levels that they were supposed to produce, can now produce at maximum capacity. And also, oil price in the international market is still at a very reasonably high level.

“We are also doing a lot to encourage investments in gas, so as to get incremental streams of income that will come from that sector. So we should be able to meet this. We’ve also introduced some new excise duties and some taxes, the full effect of which we will see in 2023.”

Asked whether Nigeria would be able to record economic growth this year, considering the fact that debt service to revenue in 2022 was about 80 per cent, while there was a deficit of over N10tn for 2023, Ahmed said the country must record a positive impact on its economy in 2023.

She said, “There can be, there should be and as a matter of fact, there must be. We have to improve our revenue, so that revenue to debt service improves. Again, we have had to borrow to be able to invest in our infrastructure.

“When this administration started we had an infrastructure stock of about 22 per cent, we’ve been able to move that to 35 per cent. These are investments that are required to grow the economy on a sustainable basis.” 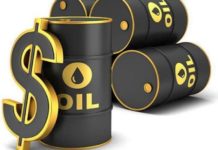 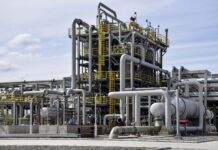