Maj. Gen. Anthony Omozoje, General Officer Commanding (GOC), 2 Division, Ibadan, has urged officers and men of Nigerian Army to remain disciplined and continue to abide by existing regulations that would enhance their services to the country.

Omozoje made the call during the Fire Night organised as part of activities marking the West African Social Activity (WASA) for 2019 in Okitipupa.
He was represented by Col. Auwal Haruna, Chief of Staff of 4 Brigade, Benin, at the ceremony which is a yearly event of the Nigerian army aimed at getting officers and soldiers’ families together in a social and conducive atmosphere to mark the end of the year and to usher in activities of a new year.
Omozoje explained that the event had achieved its purpose of creating a relaxed atmosphere for officers, soldiers and their families to interact after a demanding year.
“To the officers and soldiers of this battalion, I hereby congratulate you for seeing the end of another demanding year.
“I want to use this opportunity to implore you all to remain disciplined and continue to abide by all existing regulations as well as instructions that will be passed to you from time to time.
“We must also be focused and stand firm in order to checkmate militancy, bunkering, vandalism of oil and gas infrastructure, piracy and kidnapping, among other criminal activities in the state and Nigeria at large,” Omozoje said.
The GOC, who charged the officers and soldiers to discharge their lawful duties without intimidating citizens, also called on members of public to cooperate with the Nigerian army and other security agencies to ensure that crimes were reduced in the country.
Gov. Oluwarotimi Akeredolu of Ondo State, who was represented by Mr Abayomi Adesanya, Chairman, Okitipupa Local Government Area (LGA) of the state, pledged more support for Nigerian army to curb criminality in the state.
“We are determined to continue providing the needed logistics and guidance towards ensuring that security and safety of lives and property of our people are guaranteed in the state.
“We will continue to support and cooperate with the Nigerian army and other security agencies to enable them stem criminal activities and achieve relative peace in the state,” he said.
Highlight of the event was a cultural dance competition among different ethnic groups including Yoruba, Igala, Hausa, Idoma, Tiv, Edo among others.

Army will be ruthless with insurgents, bandits – Buratai

Nothing to say on Benue gang leader’s killing —DHQ 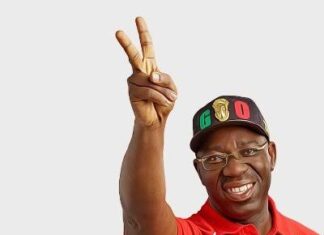