The duo broke the news in a typically-enigmatic video, titled ‘Epilogue’.

In the eight-minute clip, musicians Thomas Bangalter and Guy-Manuel de Homem-Christo, dressed in their iconic robot costumes, bid each other farewell in the desert, before one of them self-destructed.

One of the pair removed his jacket, revealing a detonator on his back. The other pressed a button on the detonator and walked away, while his companion eventually exploded.

The longtime publicist for the group also confirmed the news.

The group is credited for bringing the French underground house scene to the charts. Their songs are considered one of the most influential electronic acts of all time, with hits including “Da Funk,” “One More Time” and “Around the World.”

At the 2013 Grammy Awards, they won Record of the Year and Best Pop Duo/Group performance with the retro-disco single “Get Lucky”, featuring Pharrell Williams and Nile Rodgers. 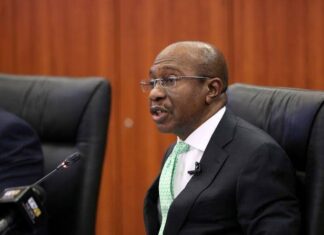 KAFTANPost - February 23, 2021
0
By Oriri Richard The Governor of Central of Nigeria, Godwin Emefiele, has defended the ban on cryptocurrencies in the country. Briefing the Senate's joint committee on...