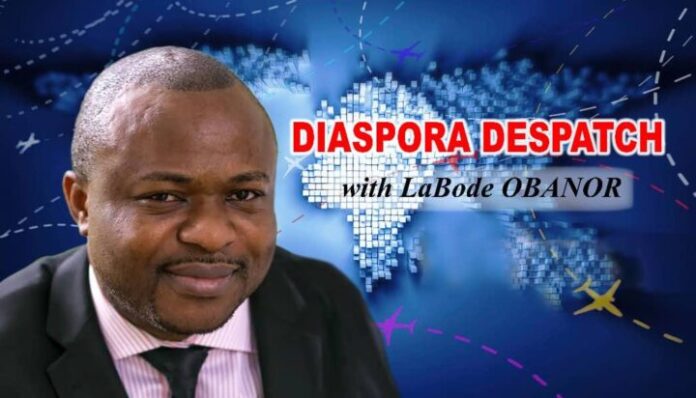 Above the entrance of the Supreme Court building in Washington DC, engraved boldly, is the phrase “Equal Justice Under Law.” This phrase was lifted from the 14th Amendment to the U.S. Constitution, “..that no state shall deny to any person within its jurisdiction the equal protection of the laws.” The phrase embraces the American creed that “the United States of America is a government of the people, by the people, for the people: whose just powers are derived from the consent of the governed…established upon those principles of freedom, equality, justice, and humanity..” and it is the duty of those who are privileged to serve the people, support its constitution and obey its laws.

This is the idea and the defining element of the American identity. Anything outside of the above is traitorous and un-American

Dismally, the United States Supreme Court broke these hallowed words when it allowed rabid politicians to ban abortion even in the most abominable instances of rape or incest. Criminalizing women who seek medical care after such instances, and anyone who helps a victim of rape to seek medical care. Even doctors who perform such care risk being thrown in prison for honoring their Hippocratic oath of: “primum non nocere” in Latin. Meaning “first, do no harm.”

Yes, a body tasked with the solemn duty of protecting the right of citizens, an institution presumed to be the final arbiter of the law and charged with the responsibility of ensuring that all citizens are not denied the promise of these constitutional guarantees, is the same body expropriating these protections.

Let’s Pause and think about that for a moment. Where is America heading?

When it leaked several weeks ago that the court was poised to take away a woman’s right to bodily autonomy, many thought the court would not be that daring to dispossess women of their rights. Or that the justices will not be that regressive as to turn the court into an apocalyptic contemporary evangelical pulpit.

To the country’s dismay and bemuse world, the court blew the lid off the perverse and twisted underbelly of America’s conservative dogma. It despoiled a constitutional right, vandalized the right to privacy (the anchor of American freedom), and destroyed a few other protections as it wraps up a disgraceful and ignoble term.

For example, in addition to overturning Roe v. Wade, the case law which protects a woman’s right to choose, the court, in West Virginia v. Environmental Protection Agency, declared that the EPA  does not have the authority to regulate emissions from plants that contribute to global warming.

And the obvious corollary of this? Is that, companies can continue to pollute unchallenged, sentencing residents of their host cities, many of which are mostly poor, to varying health conditions. Sea level rise will continue, weather extremes will intensify, such as wildfires like the razing inferno currently licking up California and more severe droughts.

In New York State Riffle & Pistol Association v. Bruen, the court struck down New York’s concealed-carry law and stated in its ruling that States cannot prevent people from carrying guns in public places. Meaning: anyone can bear a pistol while walking the lanes of grocery stores, theaters, or even at school games or sporting events. Imagine what could go wrong in a contentious adversarial sporting game.

It is a wonder if these justices are caged? Haven’t they been following the news? The decision to severely undermine public safety is not just dangerous but extreme recklessness, and this supreme court has become a clear and present danger to the American society

Their malicious ruling is an intentional attempt to increase gun violence, exposing all to a higher risk of gun injury and death. And ensuring that nowhere in America would be safe from gun assaults.

In summation, the court’s attack on a woman’s freedom to choose, the ubiquitous gun access, and the exposure of communities to airborne pollutants indicate a grotesque form or rule that is designed to radically change the American society.

Furthermore, It has undoubtedly blown open the floodgates to wholesale abridgments of rights that are once considered fundamental.

This is the vision the majority Trumpian MAGA wing of the Supreme Court wants for America.

I hope everyone is paying attention.

And they are not done.

They are vengeful, implacable, and out for blood. The most unassuageable malevolent of the six conservative justices, Clarence Thomas, has signaled that all other rights should be reexamined. Thus, next on their chopping block is (1) the right to marry whom you wish, (2) the right to use whatever contraception you choose, (3) allowing politicians to decide who wins elections and not the people, and (4) allow politicians to chose their voters and not the other way around. And When this happens, it will be the great fall of a once-revered system of government.

If with the stroke of the pen, a few men decked in black robes can dictate how 350 million people live with such cruelty, then we should wonder whether we are not in a police state. Is the framework social contract of harmony in society deliberately and systematically being extinguished? It seems so.

Overtime, it became clear that when a law threatens their ideological beliefs, it is quickly overturned. While the ones that anchored their political and dark vision for the country are reinforced, disregarding all public outcry or disruption, their egregious decisions are on the people. Simply put, this is a court that does not care.

Now we are confronted with the question of whether this system of government is actually working as it should? What happened to checks and balances?

The arrangement has been that when the legislatures overreach, the executive vetos or the judiciary invalidates. When the executive becomes too powerful, the legislatures override presidential decisions by 2/3 majority, or again the Courts invalidate. But who checks the Supreme Court? Has the judiciary become so absolute and tyrannical that the other branches are impotent and unable to act?

By its rulings, the court has jettisoned its primary responsibility. It has become fringes of the gun-loving, bible-toting Christian nationalists parading as Republican party who uses pietism to divide the country.

There is no better time to prune the power of the Supreme Court than now. Come this November midterm all well-meaning eligible voters who still believe in the promise of America should not only vote out the enemies of the republic currently seated in congress but vote in legislatures with spines strong enough to confront this court’s influence and its ability to sabotage laws.

Or preferable, pack the court with more justices who believe in equal protection under the law so that the power of these virulent and ultra-zealous gangs is completely dimmed.

It is time to return the Supreme Court to its original role as the guardian and protector of the constitution and the rights of all Americans. 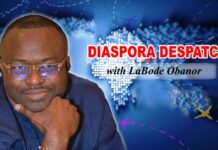 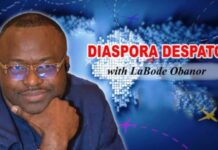 Why waiving abortion rights is dangerous and should be stopped 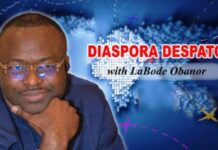