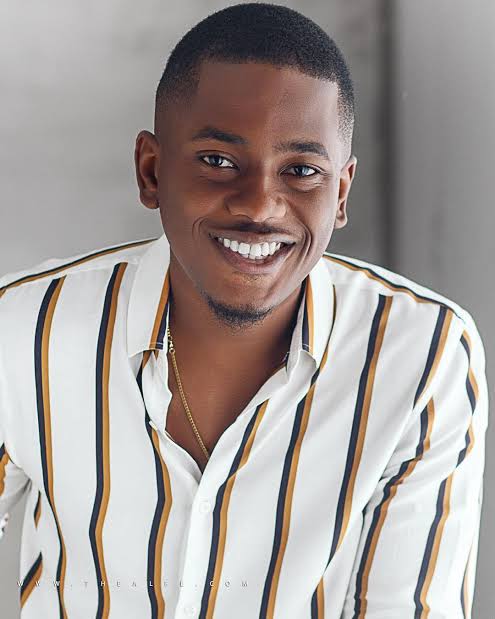 Nollywood actor, Timini Egbuson, revealed he has gone through lot of rejections in the movie industry, contrary to people’s speculations of his quick success.

According to the fast-rising actor, he claimed to have been in the industry for 11 years trying to get to where he is now.

He revealed his attempts at getting nominations and invites to the AMVCA before he finally won for the best actor.

The AMVCA winner in an interview with THE PUNCH told Sunday Scoop, “I have been in Nollywood for 11 years. From years of not being given AMVCA invites to getting nominated and winning.

“I don’t think that is a fast rise. I went through every step required. I once attended an audition of 4,000 people in Surulere, Lagos. I have experienced many rejections. Anybody that thinks it’s a fast rise is just myopic.”

“I am satisfied with my background. I know for a fact that it is the grace of God. I cannot take anything for granted. I can never complain or be upset.

“I have shot about 27 movies that have not even been released. I don’t have any other job. This is what I do for a living and I have been able to use it to sustain myself and my family.”

Speaking on people who feel he is being stereotyped, he has this to say. “People that feel I am being stereotyped have probably not watched all my movies. I have done over 60 movies. How many have they watched?”

He stated he has been in all roles so he doesn’t feel he is stuck on one character.

“When you find out how many they have watched, you would realise that they have not seen half of the movies I have starred in. I don’t think there is any character my colleagues have acted that I have not played.

“I have acted as a bad boy, poor boy, rich boy, lover boy, ‘yahoo boy’ and others. A few years ago when I didn’t have haters or trolls, I was very worried. I knew that success without haters meant that one was not really on top.”

Timini said the rise of haters in the industry means he is doing something great and he is elated for their actions.

“Now that the haters are coming out and I am hearing these other opinions, it just makes me happy,” he said.

On how he reacts to trolls on social media, Egbuson said he loves them.

“They make me laugh. Guess what? They know me but I don’t know them.”