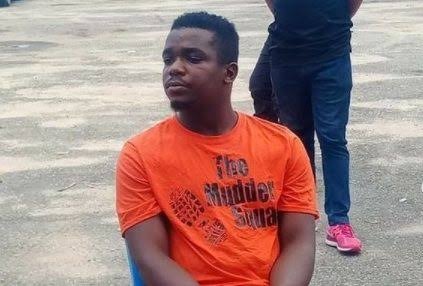 The suspect, Uduak Akpan, who was arrested for the murder of 26-year-old job seeker, Iniobong Umoren, has given his own account of what happened before she met her death.

Umoren was lured to a fake job interview, raped, murdered, and buried in a shallow grave.

Speaking with newsmen, Uduak said although he had lured her with a fake job interview but she accepted to work for him instead.

He claimed the deceased had, before her death, agreed to have sex with him but things went south in the middle and he resulted to killing her.

He said, “I asked her whether she could work in a farm where hard drugs were kept; she said she could,” Akpan said during a session on Facebook Live.

“I asked her that I would like to have sex with her before she left. She agreed and gave a condition that I would have to use condom, which I did.

Uduak claimed she was killed with a pressing iron, he also stated that five other girls have been lured in the same way but he didn’t kill them.

Uduak was paraded yesterday, May 14, 2021 by the Akwa Ibom Police department.

The father of the suspect claimed he didn’t know of his son’s actrocities.

“I wasn’t aware, I’m not happy about it,” he said. “I was asked to call him and I called him back. When he arrived, I was allowed to interact with him. He told me he did something wrong and that he was sorry.

“I blamed him: ‘Why did you do this? You are not my only child; I have two other children and they are women. If anybody does this to your sisters would you be happy?’ He said no.”

The deceased was buried in her hometown yesterday, May 14, 2021. 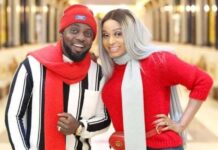 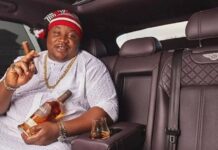 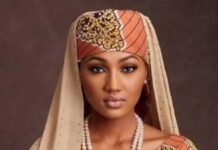